[German]At the moment there seems to be another test update KB4078128 for Windows 10, which is in progress internally at Microsoft and has at least been updated from the update description. In addition, Redmond has released an update that creates a build number that should keep mystics busy. Here is some information about an old friend and the build number.

German blog reader Markus K. informed me about some observations by e-mail (thanks for that). In brief here is, what he wrote this morning:

First a Windows 10 V1709 Build that ends with .666 and now that:
https://support.microsoft.com/en-us/help/4078128/test-only-do-not-use-compatibility-update-for-upgrading-to-windows-10
I think you should take cover!

For all blog readers who don’t immediately recognize the details, a few explanations – some things should be taken note of with a wink of the eye.

I confess, I didn’t really notice it when I reported about the update KB4464217 in the blog post Windows 10 Updates KB4464217 and KB4464218. Installing this update raises the Windows build to 16299.666. The number 666 has a special meaning for mystics. The 666 is a biblical number, which was mentioned in the Revelation of John, and is regarded in occult circles as the number of the devil.

As written above: Some things you have to read with a wink. But if SUSE AG were to jump from 12 to 15 on its Linux because 13 and 14 are considered as unlucky numbers in some countries, Microsoft might have thought about the build number 16299.666. 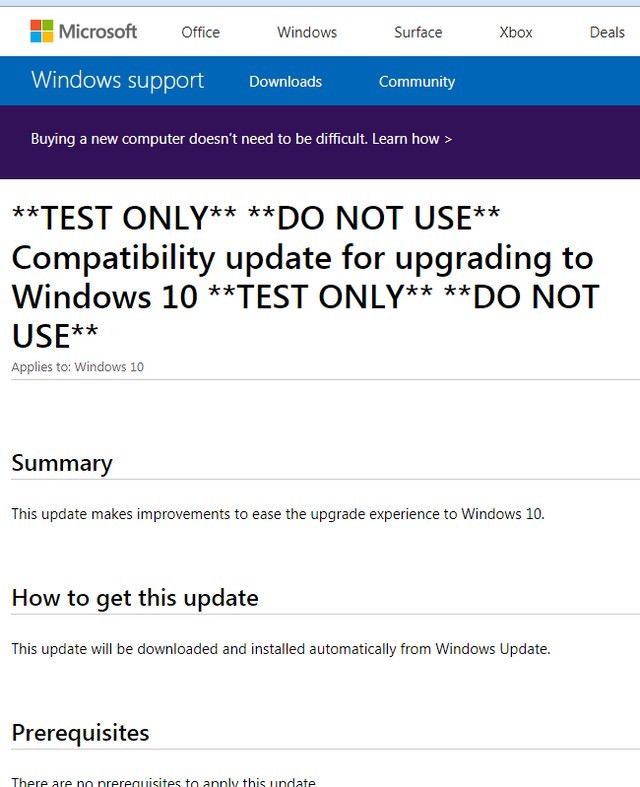 This is an internal update for testing purposes, which should not be visible to the outside world. The above screenshot shows the current status of the update description. I had touched on the topic several times here in the blog (see also the article links at the end of the post). In the blog post Windows 10: Mysterious (Test) Updates KB4078126 and KB4078127 in WSUS I go into more detail.

What I noticed today: In February 2018 KB4078126 and KB4078127 were still test updates. In the meantime, these two KB numbers have been changed into critical compatibility updates for the upgrade to Windows 10. It can therefore be assumed that this will also be the case with update KB4078128 soon.

Together with the hints in my German blog post Windows 10: Update Assistant aktualisiert für V1809? this only leads to the conclusion: Microsoft is working hard internally to release the upgrade to Windows 10 V1809. Final question: Has anyone been offered the KB4078128 update?