[German]Windows 10 October 2018 Update (V1809), released to the public by Microsoft on October 2, 2018 and withdrawn a short time later, may have been installed on millions of PCs.

It was a failure with an announcement: Although the Insider Preview users had reported numerous bugs, they were not fixed. Instead, Microsoft pushed the V1809 to the release channel. Anyone looking for updates on October 2 was offered this Windows build.

Due to numerous bugs, including the threat of data loss, Microsoft stopped the distribution of Windows 10 V1809 a short time later. In the meantime some patches have been released for insiders. Apart from the reader’s note that some users received the feature upgrade automatically, many users seem to have switched to build V1809. 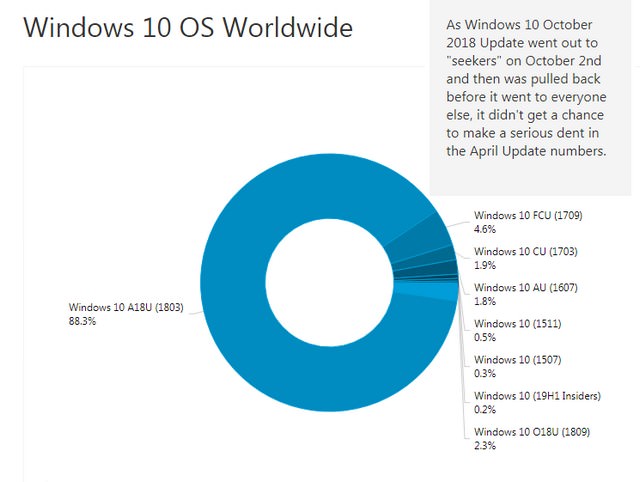