[German]Microsoft is still testing release cumulative update KB4469342 for Windows 10 V1809 with Windows Insiders. Now version 3 has made it to Microsoft's update servers. But the general rollout has not started yet.

Some information about update KB4469342

I expected Microsoft would release this update by the end of November 2018. Apparently this did not happen – I started an update search on 1.12.2018 – but I am not (yet) offered an update. 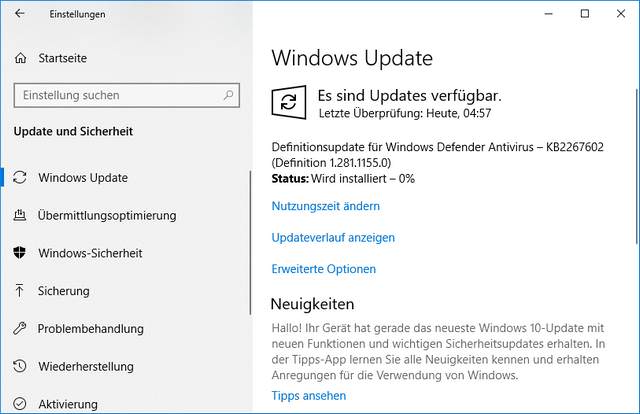 In Windows 10 Update History there's still nothing to find. However, Microsoft has already stopped the update on its update servers. The colleagues at German site deskmodder.de mentioned here yesterday that this patch has been released as version 3 and that the signature date has been changed from 21 to 11/29/2018. Also the SHA-1 values for the digital signature of the 32- and 64-bit packages have been changed. Details were not disclosed by Microsoft.

Now also Woody Leonhard has provided a hint at askwoody.com about the update KB4469342 (Version 3). The update is available for manual download on the Microsoft update servers under URLs provided by Woody Leonhard. So if you think you absolutely need the update, you can download and install it manually.

Microsoft hasn't provided details about changes to the revisions of KB4469342. But someone posted this on the My Digital Life Forum (MDL). After a file comparison, some components (e.g. DNS-related) were removed in the update, and some components were added.

Given this situation, I would wait with the update installation until Microsoft officially distributes the package – there's certainly a good reason why Microsoft didn't release the update before the weekend.

If the AdDuplex numbers just published are correct (see deskmodder.de), only a tiny 2.9% of Windows 10 users on version 1809 will bob up and down anyway.