[German]Microsoft is now releasing the Windows 10 May 2019 Update (Version 1903) for all users who manually search for this feature update. Here is some information about what this means and whether you have to or should act.

Microsoft just announced this on Twitter, and Microsoft has published this information on June 6, 2019 in its status page for Windows 10 Version 1903. 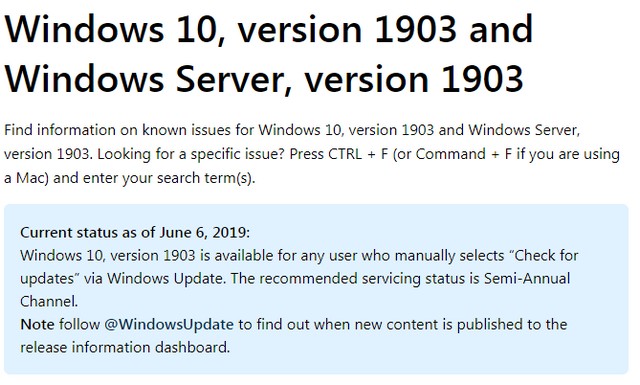 Microsoft had already given the go-ahead for the global rollout of the Windows 10 May 2019 update on May 21 2019. Windows 10 V1903 was officially available and can be installed since this date via Media Creation Tool or via update search via function update.

I've discussed this within my blog post Windows 10 Mai 2019 Update released. Users had to go to the Update & Security category in the settings and then go to the Windows Update subcategory. There, select the option to check for updates to check the system for updates. A link should then appear to download and install the feature update. 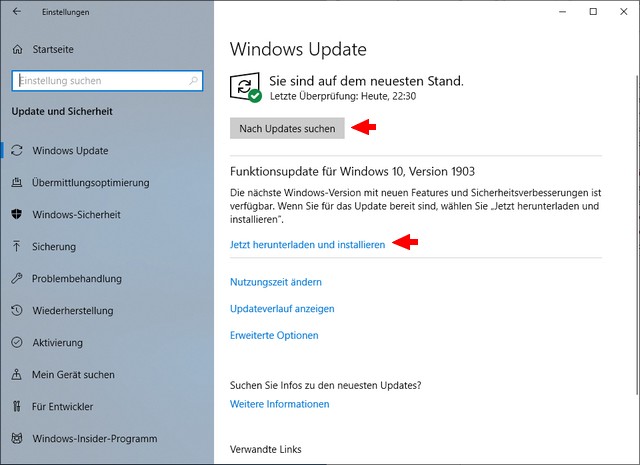 So the above message that Microsoft has released Windows 10 version 1903 for the update search isn't that new. But within my blog post Windows 10 Mai 2019 Update released I wrote:

If the feature update is not offered, it's no reason to panic. Microsoft distributes this in waves and only compatible, newer systems are offered the update immediately.

So not everyone who was searching for the update really got it. Exactly this threshold has been removed by Microsoft, so that all users of older Windows 10 builds may receive the feature update to version 1903 when searching for an update

Should I now install the May 2019 update?

The availability of the Windows 10 May 2019 Update (Version 1903) for all 'seekers' does not mean that you should install it – and certainly not that you have to upgrade. Compared to earlier versions, Microsoft has introduced a change to version 1903 – without manually clicking the download link (see screenshot above), a function update will no longer be installed. I reported about this in the blog post Windows 10 May 2019 Update brings back Update control.

Well, now the feature update to Windows 10 May 2019 Update (Version 1903) will be offered, if you are searching for updates. Should you click the download link manually and have the stuff installed? If you want to test the new Windows 10 versions, you are welcome to do so. For all other users, my advice is to keep your hands off this version. If you go to the Windows 10 Version 1903 status page, you will find a whole range of show stoppers that prevent you from updating to this Windows version. I had that discussed separately within the posts:

Part 3 with not officially known issues hasn't been written yet. Bottom line: In Windows 10 V1903 there are so many open construction sites that I would not upgrade at the moment. Microsoft works through the bugs step by step. Before the end of June there won't be much to clear. At the end of July you can check again what problems are still present. An upgrade might be worth it then. But of course it's only a recommendation on my part and the decision has to be made by each user himself. But the figures for the Windows distribution of netmarketshare.com show that the users take the above recommendations to heart (see Operating-system-/Windows market share (May 2019)). 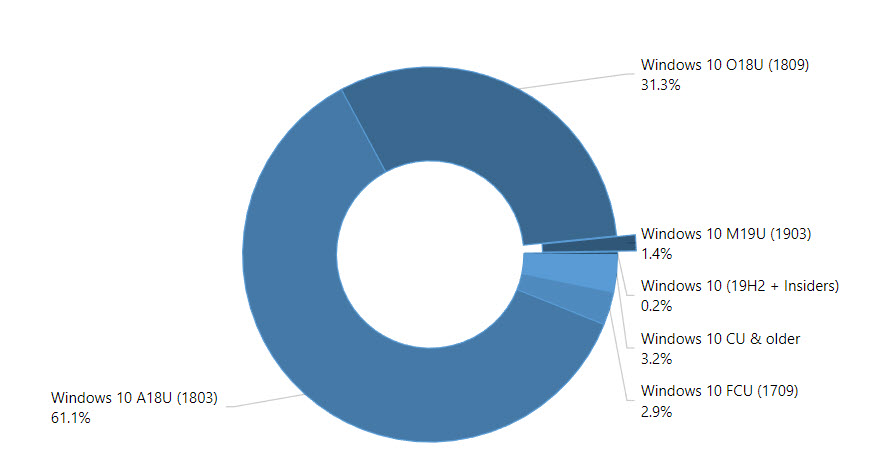