[German]Has Microsoft re-released a number of updated versions of Windows Updates effective August 21, 2019? At the very least, this is what entries in the Microsoft Update Catalog suggest. The updates replace the August 16, 2019 patches for Windows 7 / Windows Server 2008 R2 that were intended to fix the VB6, VBA, and VBScript issues. Here is some information on what I was able to find out.

With the security updates of August 13, 2019 (Patchday) there was the problem that these caused issues with Visual Basic (VB6, VBA and VBScript). I had mentioned this in the blog post August 2019 Updates: Issues with VB6, VBA and VBScript and in the user comments there were hints when the bugs actually occurred.

Late Friday, August 16, 2019, Microsoft then rushed to provide the first updates to fix these bugs. I had described the details in the blog post Fix for VB6, VBA, VBScript bug? Some feedback from blog readers indicated that there were still issues with VB6, VBA and VBscript. And there were installation problems as well.

I have been informed by @PhantomofMobile via Twitter that a number of Windows updates in Microsoft Update Catalog now have the release date August 21, 2019. 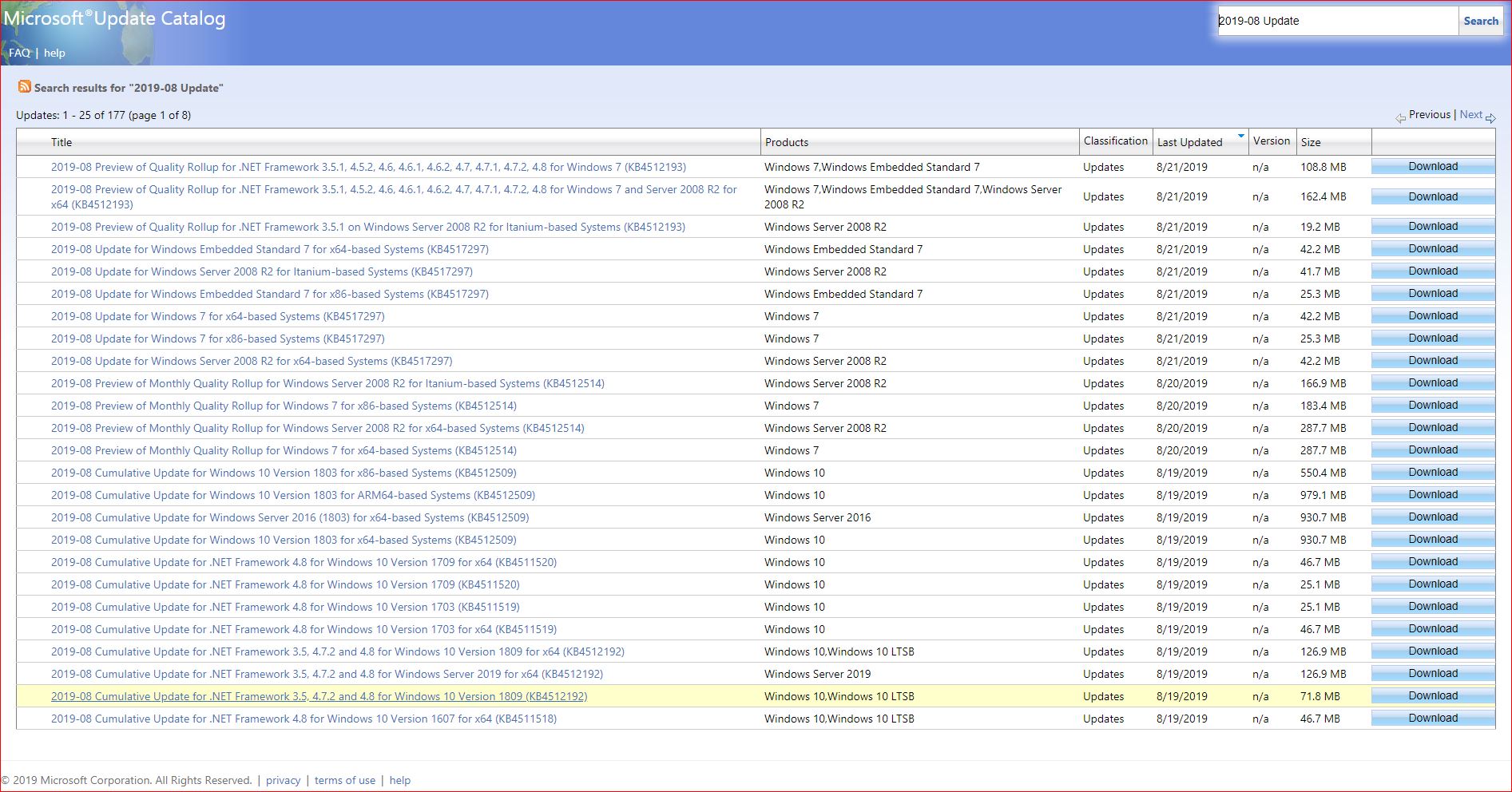 These are the updates for Windows 7 and Windows Server 2008 R2 from the list below:

If you read the KB articles, Microsoft seems to have made some minor changes. For update KB4517297 it says:

Update KB4512486 includes fixes for the VB6, VBA, and VBscript bug introduced with the August 13 patches and it seems to be a revision update. So if anyone has been affected by these bugs, they may want to check the updates.