The announcement just came from Brandon LeBlanc on Twitter, where I saw it. Here's the text:

As usual the download is only possible for Windows insiders after login on the page To access this page, you need to be a member of the Windows Insider program. 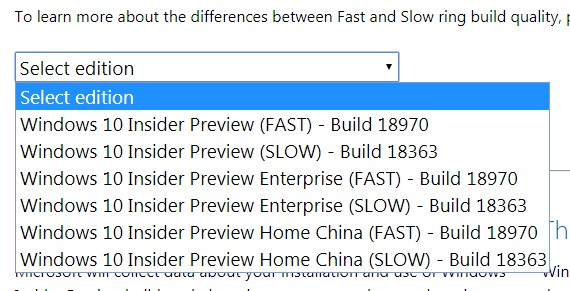 Build 18363 is wrongly specified as 'Slow', but it is already a release preview. However, Microsoft emphasizes that it is not yet the final for the fall 2019 update of Windows 10.

This entry was posted in Windows and tagged Insider Preview, Windows 10. Bookmark the permalink.