[German]Within the blog post I would like to pick up two issues about the settings for updates under Windows 10 that has come to my attention. One is the possibility (or inability) to hide the update delay in Windows 10 V1809, which doesn't work. And I came across a case where Windows 10 was in the Insider Preview without being assigned an account from the program.

With the options to delay the update installation, I'm 'at war somehow'. Windows 10 Version 1903 introduced an update control for all users. But if you work with group policies to set update delays, you will facing issues. I had reported about it in the blog post Windows 10 May 2019 Update brings back Update control.

In Windows 10, version 1809 should be able to remove the options for pausing updates via group policies. The whole thing is outlined in this blog post on tenforum.com. German blog reader Martin K. contacted me this week by mail and wrote:

what I want to do: In Settings/Windows Update/ Advanced Options remove the possibility to pause updates.

He sent me the following screenshot of the registry, where you can see the entries. 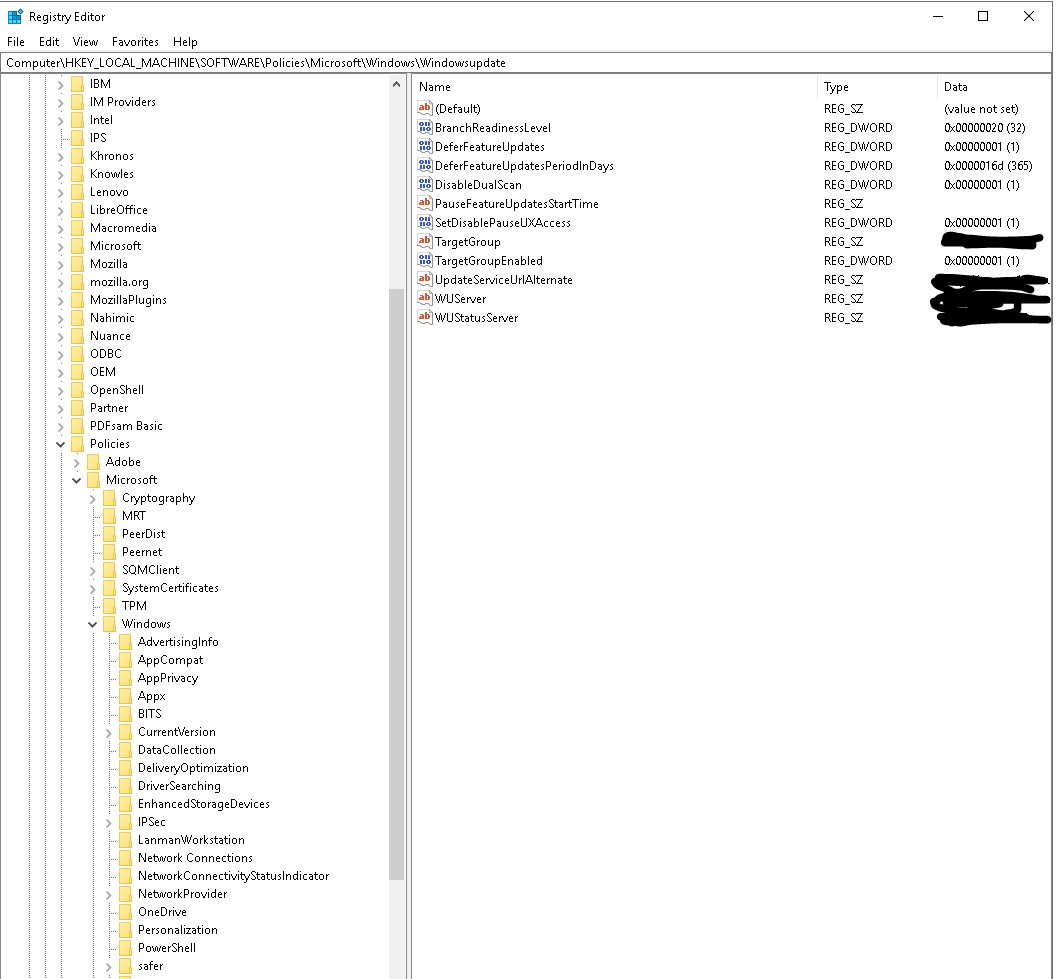 But no matter what he tried, the GPO doesn't seem to work. The options are still available. 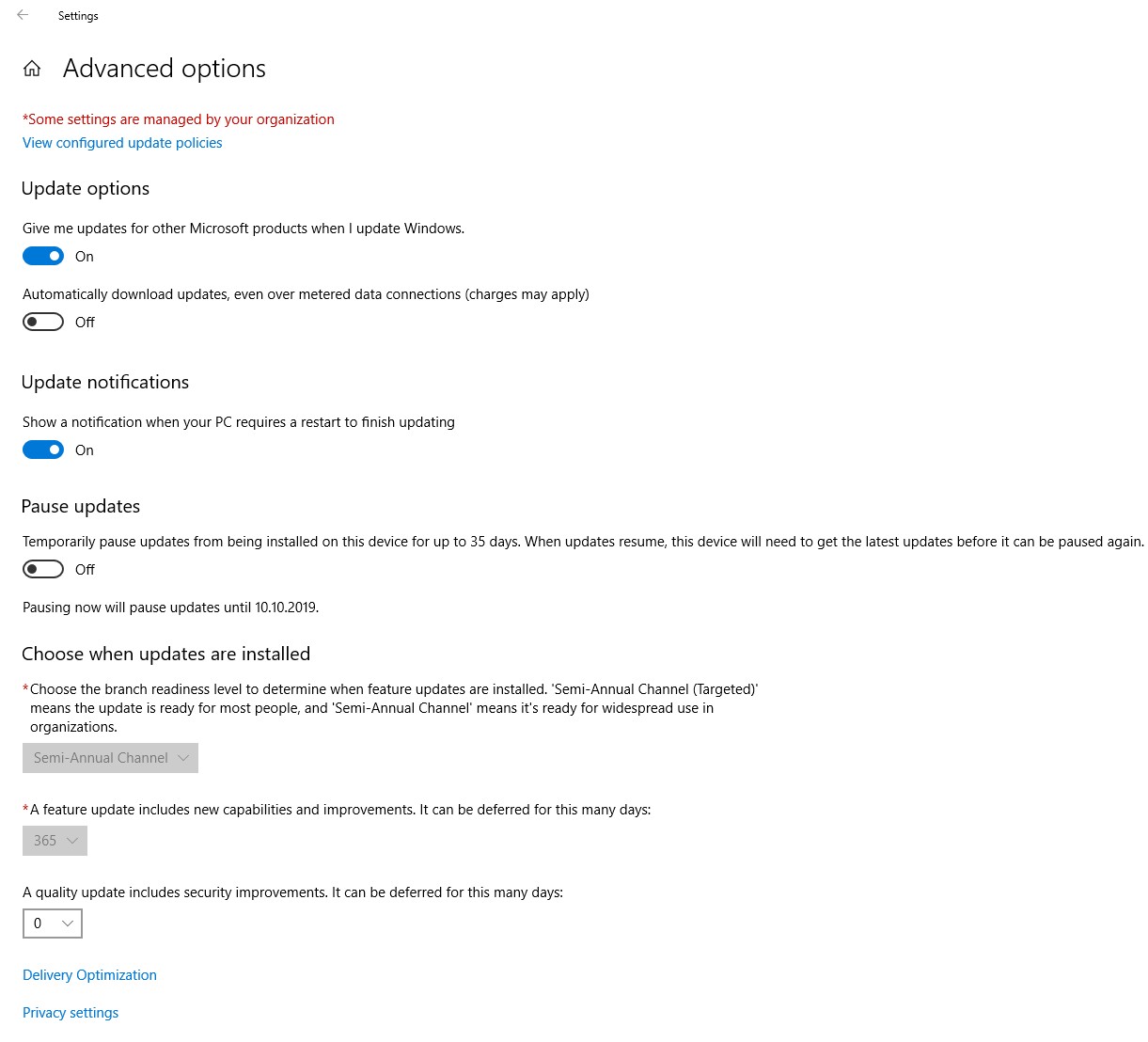 Markus writes: Can also reproduce this on my system which is not in the domain. But maybe I'm overlooked something? Anyone else with similar experiences?

Addendum:  After a week Markus contacted me again and wrote 'a reboot didn't help, but after a few hours/days "Pause updates" is grayed out now. I don't think I want to understand that.'

Tero Alhonen demonstrated with a tweet that the options shown on the settings page of Windows 10 should not be taken seriously with regard to the insider preview page.

Something I've never seen before. Getting Windows 10 Insider builds without being an Insider pic.twitter.com/rjgp0Kg1uv