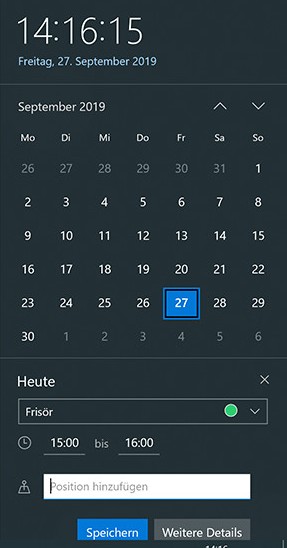 With this update the Action Center should offer the possibility to enter dates directly in the calendar sheet.

Windows insiders who are using Build 18362.10024 in the Slow Ring will not receive the new update. So you have to switch from the Slow to the Release Preview Ring to get the Enabler Update for Windows 10 V1909. If you don’t change from the Slow Ring, you will soon receive Windows 10 20H1 as Insider Preview.

This entry was posted in Windows and tagged Insider Preview, Windows 10. Bookmark the permalink.