[German]Adobe has to admit a data leak. 7.5 million Adobe Creative Cloud account details from an unprotected database were accessible to third parties via a web browser.

Adobe Creative Cloud is a subscription service that gives users access to a number of popular Adobe products including Photoshop, Lightroom, Illustrator, InDesign, Premiere Pro, Audition, After Effects, and more. Adobe has replaced its perpetual license model with a one-time purchase in 2013 with the cloud subscription model. And now Adobe Creative Cloud users’ account information was publicly available.

Some Friday vibes in here: https://t.co/CiPo3xIZsy

The database with the sensitive user information has been discovered by the security researchers Bob Diachenko and Comparitech. I became aware of this case through Bob Diachenko’s tweet above. Access to the Elasticsearch database was possible without password or other authentication. 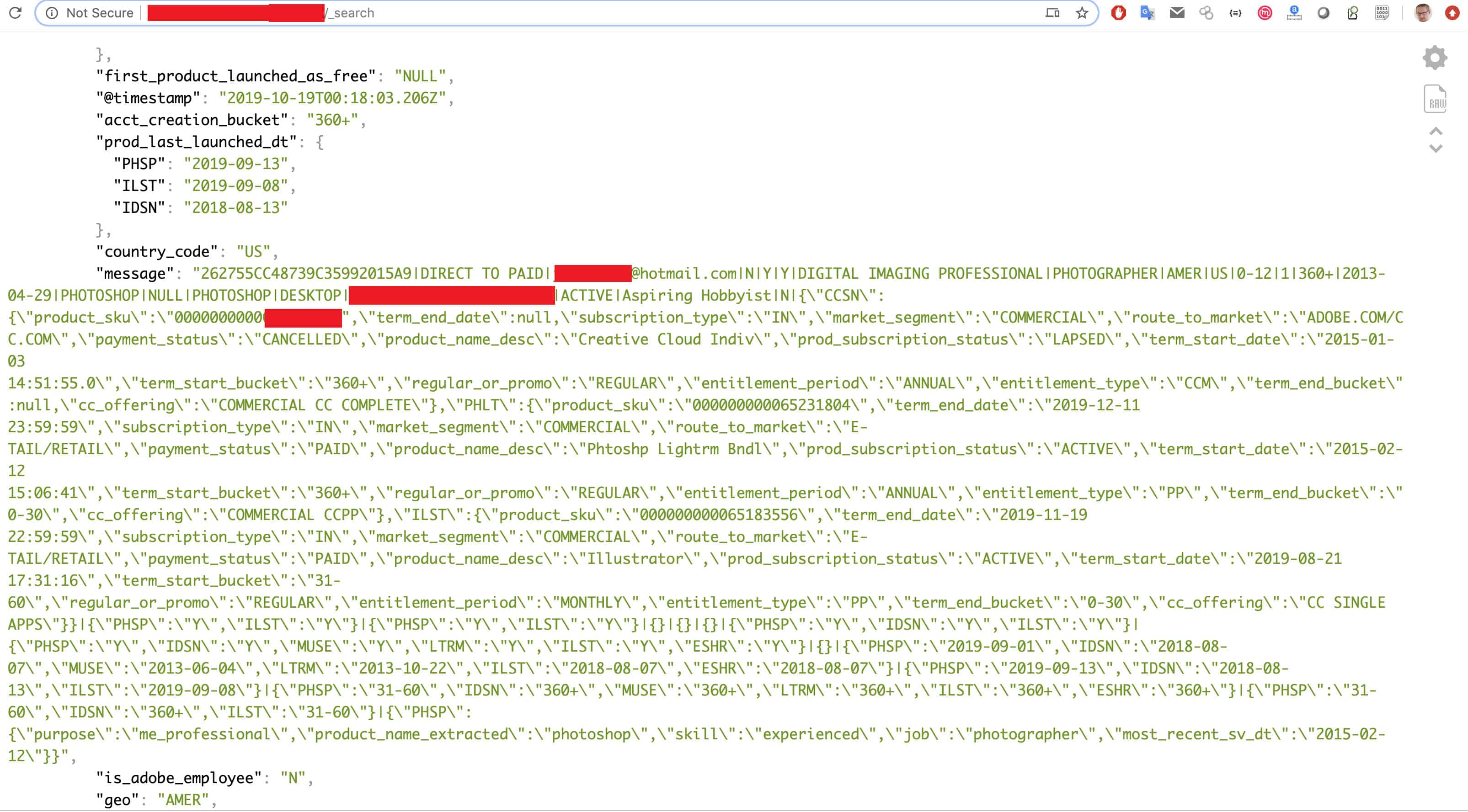 The database contained nearly 7.5 million user data from the Adobe Creative Cloud and could be accessed by virtually any user with a simple browser. The data included email addresses, account information, and the Adobe products used by each user.

Security researchers don’t know exactly when the database will be publicly visible for the first time. But Diachenko estimates that it was exposed for about a week. It is unknown whether anyone else has obtained unauthorized access to the database in the meantime.