[German]After the increase in home office sessions as part of the corona crisis led to functional issues in Microsoft Teams, Microsoft is reducing now the functionality of its Microsoft 365 online services.

Currently, the providers of various online services are celebrating themselves because they enable remote working from the home office. That's ok! But there is a dark side: The sudden increase in load is causing service disruption of the systems because the infrastructure can no longer keep that work. In the article eamviewer: Service disruption and changes for private use I just reported about a Teamviewer issues. And we have had issues with Microsoft Teams, Microsoft Office365 in the past weeks. Here is an overview of service disruptions in Office from last days. 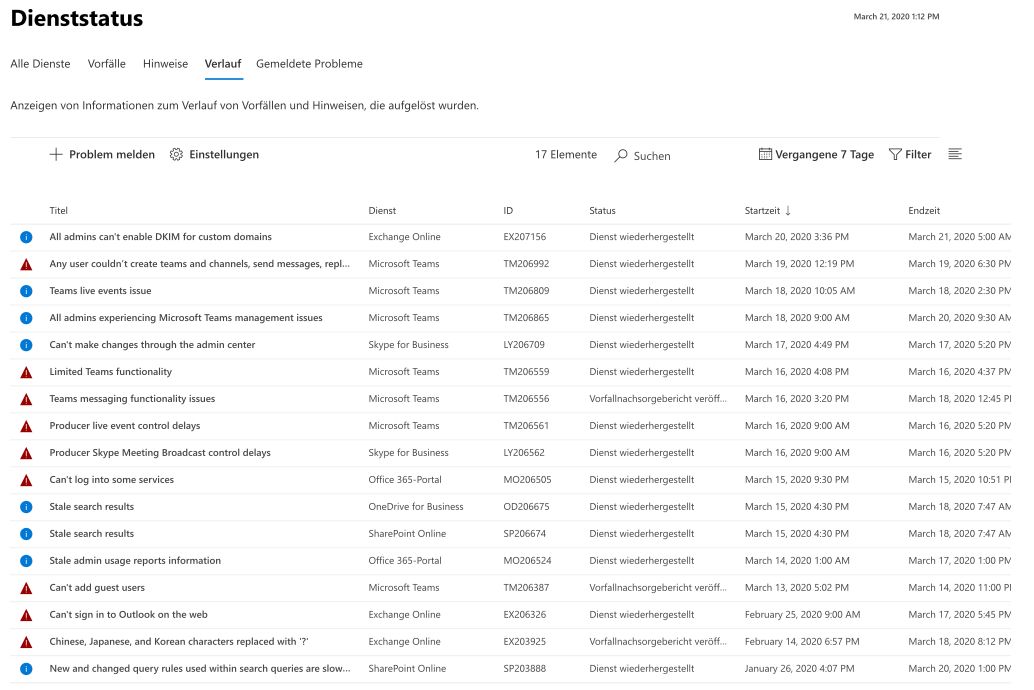 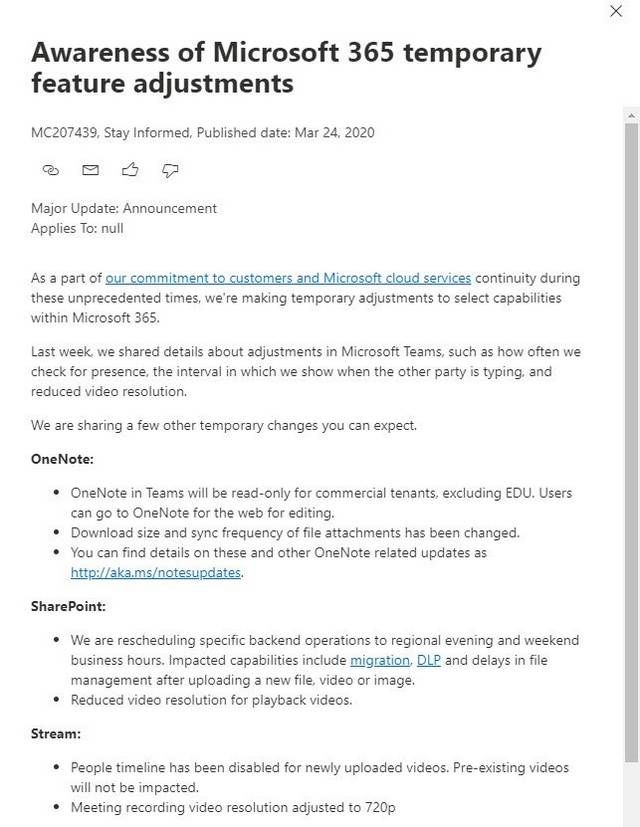 In a message packaged as a 'Warning about adapting Microsoft 365 features', Microsoft announces a number of restrictions (see above screenshot) to keep services running. It is hoped that the measures will further reduce the required bandwidth so that people can continue to use Microsoft 365 services from the home office.

This entry was posted in Cloud, Office and tagged Cloud, Microsoft 365, Teams. Bookmark the permalink.