[German]After we have mid-April 2020, I would like to take a look at the current market share of desktop operating systems with status at the end of March 2020. In addition, there is a look at the browser shares on the desktop. 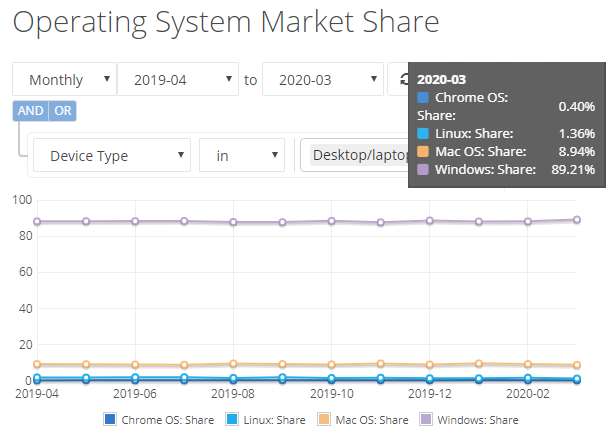 In the analysis of the share by operating system version, the NetMarketShare for desktop operating systems website reports the following distribution for the end of February 2020:

So Windows 10 has decreased compared to February 2020, the end of support for Windows 7 in January 2020 has also had no effect in March 2020. Windows 7 has even increased slightly and continues to run on every fourth desktop system. 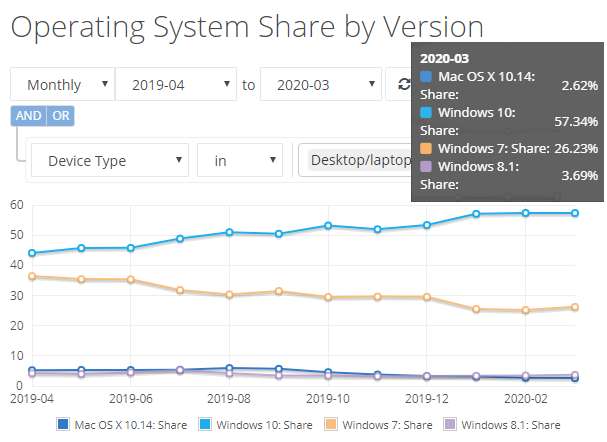 I was somewhat surprised by the decline in macOS, which is already the third month in a row – but this may be due to statistical fluctuations. With 1.32% (average value over 12 months) Linux does not actually appear in the above chart. But what one can also state: The change from Windows 7 to Windows 10 did not take place in March 2020 either. People are sticking to the operating systems currently in use.

Browser distribution on the desktop

This entry was posted in Windows and tagged Operating system share, Windows. Bookmark the permalink.