[German]Hackers managed to trick Twitter employees on Wednesday and take over tens of thousands of high-profile Twitter accounts (Joe Biden, Elon Musk, Bill Gates, Barack Obama, Uber and Apple) via their dashboard or an internal tool. This was then used for scams involving crypto-currencies.

I became aware of the problem via Twitter – both Twitter and other security researchers reported the hack.

Our investigation is still ongoing but here’s what we know so far:

You realize how crazy it is? They’ve hacked like 10+ of the biggest crypto twitters.

There is actual potential here that @realDonaldTrump will get hacked.

On Wednesday, high-profile accounts, including those of Joe Biden, Elon Musk, Bill Gates, Barack Obama, Uber and Apple, suddenly tweeted about crypto-currencies. A wave of tweets was to be used for crypto-currency scams. 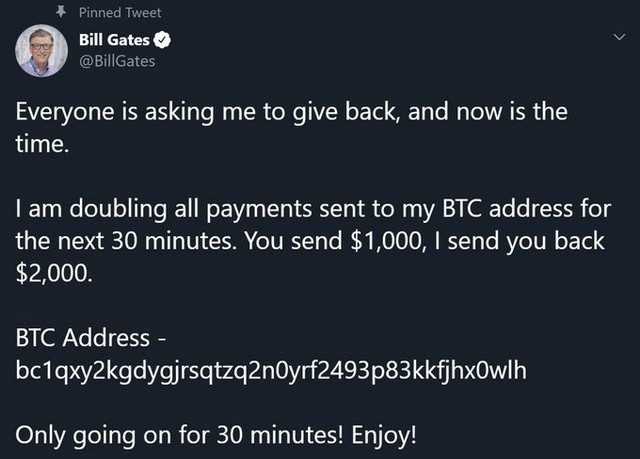 It was probably an Insider job

Looks like it was an inside job. Vice reports here that a Twitter insider, according to leaked screenshots viewed by Motherboard and two sources, was responsible for the account takeover. “We used a representative who literally did all the work for us,” one of the sources told Motherboard. The second source added that they paid the Twitter insider.

Motherboard granted anonymity to the sources to talk openly about a security incident. A Twitter spokesperson told Motherboard that the company is still investigating whether the employee hijacked the accounts himself or gave hackers access to the tool.

Currently, Twitter is still investigating the incident and had set a block on posting tweets. However, most Twitter accounts are now allowed to post again. One more thing: Twitter has deleted some screenshots of the dashboard and suspended users who tweeted them, claiming that the tweets violate the rules.

This entry was posted in Security and tagged Security, Twitter. Bookmark the permalink.