I became aware of this problem via Bleeping Computer, which is also confirmed by the Xbox Live status page. 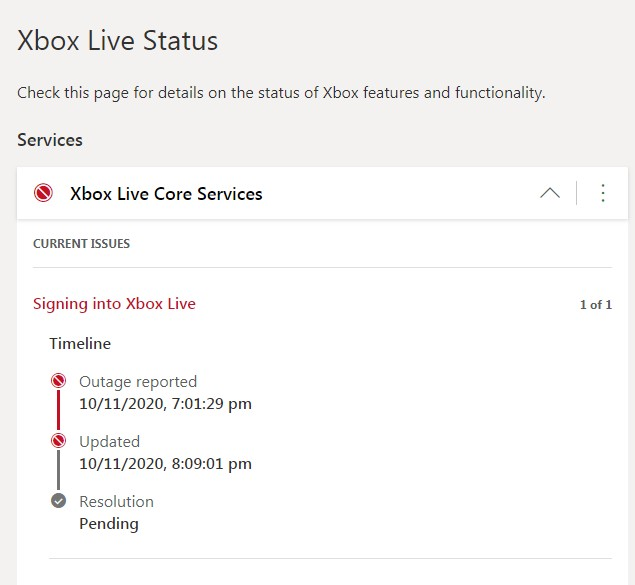 On Twitter, there are some tweets asking if Outlook.com as a service is down. The user here asks:

down? I can't log into my email as I get the message.. "There was an issue looking up your account. Please try again later"

Also the sites allestoerungen.de and downdetctor.com shown glitches at 7:00 p.m. and 11:00 p.m. for Outlook. Microsoft has confirmed the outage and is working on its elimination.

Our engineers and developers are actively continuing to work to resolve the issue causing some members to have problems using this feature. Stay tuned, and thanks for your patience

In a separate post in the Management Center, Microsoft said it had determined that other services may be affected by the issue, including OneDrive, SharePoint Online and Power BI.

We're reviewing log data to better understand the issue. Additional details can be found in the admin portal under MO226328

In the meantime there is a confirmation of the outage at outlook.com and ondrive.com on Twitter:

We're investigating an issue in which users may be receiving errors when attempting to access *http://Outlook.com. Additional information will be provided shortly.

We've determined that additional services may be impacted by this issue, including OneDrive, SharePoint Online and Power BI. We're reviewing log data to better understand the issue. Additional details can be found in the admin portal under MO226328.

Further investigation into this issue has determined that impact is specific to consumer services, such as http://Outlook.com and http://OneDrive.com. Some users may be unable to access SharePoint Online using a consumer log-in as a guest account.

Any of you affected?

This entry was posted in Cloud, issue and tagged down, Outlook.com, Store, Windows 10, Xbox. Bookmark the permalink.