[German]Users of the HP Solution Center are facing an unpleasant experience since January 2021: The software is broken. A window  with an f character as well as an I appears – and it is no longer possible to scan on all-in-one printers. The cause is the end of support for Adobe Flash, which let the HP Solution Center to fail.

HP Solution Center is a printer management program for HP printers developed and released by HP before 2010. The program is still installed on many systems in 2021, as it provides e.g. scanning functions for all-in-one multifunction printers (see the following screenshot). 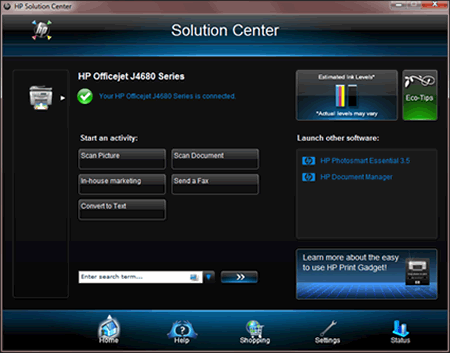 The problem is that the HP Solution Center relies on Adobe Flash to function. But support for Adobe Flash is scheduled to end at the end of 2020 (the announcement was made back in 2017). And since January 12, 2021, an installed Flash player has stopped working.

The HP Solution Center is broken

I first came across this a few days ago on Twitter in a private conversation. Someone mentioned issues with the HP Solution Center starting in January 2021. Then German blog reader Waldblick left this comment.

HP Scan Jet 3800 has worked smoothly with Solution Center even on WIN 10. Since a Win 10 update in Dec 2020 an image file is prepended "f u. i" when starting Solution Center. Since then, the Solution Center can no longer be started. What can I do to get the old state back?

The strange f and i looks like in the picture here. I had pointed out to the user in my reply to the comment above, that the root cause is the end of Adobe Flash support at the end of 2020. 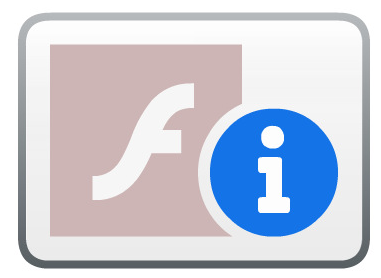 In Windows 10 the Adobe Flash Player was automatically updated to the version with the time bomb. With this, Flash Player shut down as planned on January 12, 2021 and this will be removed from Windows 10. This will remove scanning capabilities provided by the HP Solution Center from all-in-one devices/printers.

HP does not provide updated software

The problem is that Hewlett Packard has not released a version of HP Solution Center that no longer relies on Adobe Flash. However, this is not a new behavior from HP.

I then searched a little on the Internet. From HP there is the support article HP Printer – HP Solution Center does not open, which only confirms what I have already written above. User still can continue to print with the integrated Windows printer drivers and, in the case of all-in-one printers use a scan app to scan. The HP Solution Center should be uninstalled – but beware, you probably need the printer and WIA driver to support your printer – so uninstalling may be impossible.