Microsoft: Chromebooks are cheaper and faster than Windows machines

[German]In an "all-hands" meeting with employees, Microsoft Corporate Vice President of Education Eran Megiddo let out some information that isn't a secret to me. Along with the cheering number regarding Teams usage in the school sector came the admission that Microsoft can't compete with Google's Chromebooks in the education sector.

The first thing Megiddo states is that Microsoft Teams is now used by 100 million school/education users. That's a big achievement, due in part to the coronavirus pandemic and the lockdowns that occurred with it. In 2019, there were only 7 million education users, and at the start of the school year in September 2020, the user count was still at 30 million. 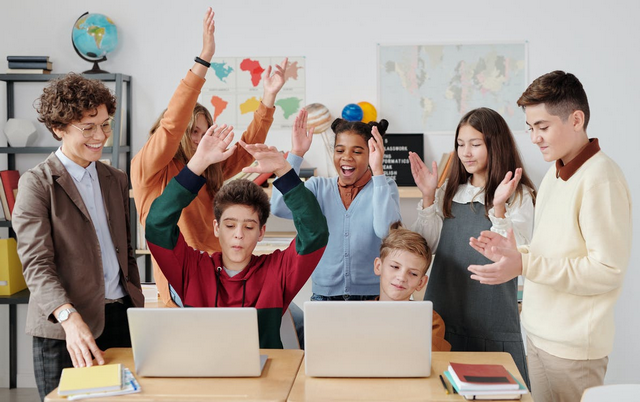 Here in Germany we have a heavy discussion about Teams in education due to privacy concerns. The data protection officer of German city Berlin says Teams and Zoom can't be used under GDPR.

I have argued for a long time, that Microsoft's Windows 10 and even Microsoft 365 has a fingerprint that's too big for light weight machines used in the education sector. To draw a picture: Microsoft is offering a  big van, called Microsoft 365, even if a bicycle is required. Windows 10 is an elephant, at least a structure that is totally overloaded, which makes no sense in many areas with weaker hardware (e.g. in schools). A large part of the features are not needed, but they are included and slow down weaker systems, because Redmond has long since lost sight of the daily business needs. Eran Megiddo must have read my complains, because he told the Microsoft staff:

In many cases where schools buy Chromebooks or Windows PCs, Chromebooks are still faster and cheaper, [and] they're easier to deploy and manage. We still have a lot of work to do.

So, I was right at the end of the day. According to the "We still have a lot of work to do.": Dump that Windows 10 thing and build a leight weight core OS with a Linux kernel and a shell that copy the basic Windows 7 features, that's my recommendation. Eran Megiddo then says with regard to the dominance of Chromebooks in US educational institutions:

The reality is that schools around the world are still closed in many countries because of the pandemic, and states and governments are scrambling to buy devices and find solutions for distance learning. It's a huge opportunity for us. Google sees it, too, as does Apple.

Megiddo said Microsoft has had some success in education in Kenya, Senegal, the United Arab Emirates and Saudi Arabia, while he admitted, according to Business Insider, that they are struggling in countries where Google is strong. But he also said Microsoft has a "clear roadmap" to take on Chromebooks in education. "We're making progress compared to the competition," he said.

The unspoken secret: He likely has the upcoming Windows 10X devices in mind. But I'll translate that for you: All I've seen so far in this direction is a fat Windows 10 core that they've repainted a bit on the user interface to indicate, it's a Windows light. I may be wrong, but I doubt, that Windows 10X will be slimmer or faster and needs fewer resources than Windows 10. We will wait and see.

This entry was posted in devices and tagged Chromebook, Notebook, Teams. Bookmark the permalink.

1 Response to Microsoft: Chromebooks are cheaper and faster than Windows machines