Mozilla's developers have released version 86.0.0 and 78.8.0 ESR of the Firefox browser as of February 23, 2021. It is a new development branch of FF 86 that brings some new features. I had already addressed it on February 24, 2021 in the blog post Firefox 86.0.0 and 78.8.0 ESR released. The Mozilla developers have changed the print functionality and write that they have improved the whole thing with a clearer design and better integration of the printer settings. 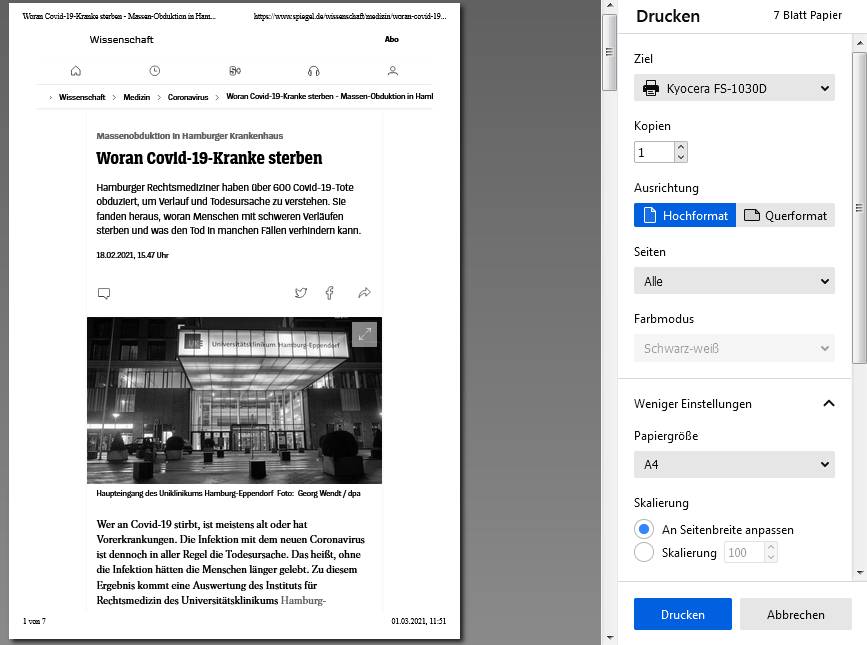 The new printing preview page can be seen in the screenshot above, while older versions of the Firefox browser displayed the system print dialog.

Mixed feedback from my readers

Within the German comments here, users who use the Firefox browser expressed mixed reactions. Blog reader Martin writes that in a sandbox he uses for browser isolation, he can no longer change the headers and footers. And Ralf Lindemann points out another unattractive thing in this German comment. The margin setting is using inches in the new Print dialog, as I show in the following image.

I use the German edition – the above screen appears if you select the More settings option and then select the value "User-defined (inches)" under Margins. In Europe however, we prefer to specify the margins in millimeters. If you use Firefox, you can follow the discussion about the hurdles with the new Firefox 86 and its print settings – as well as the compatibility problems with Microsoft Teams – in the German comments.

In the sidebar with the print options, there is a hyperlink at the bottom (scroll down using the scroll bar) Print with system dialog, which can be used to call up the system print dialog if required 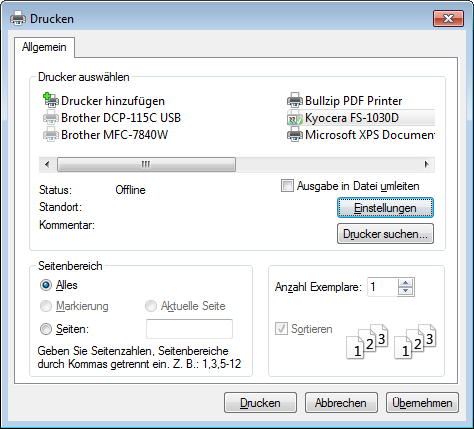 The options offered there depend on the printer driver. If you want to force the system's old print dialog permanently, you can try this in the Firefox settings.

1. Type the term about:config in the Firefox address bar and then select the Accept risk and continue button in the page that appears.

2. Then search for print.tab_modal.enabled in the search field on the next page that appears and change the hit displayed to false (see arrows in the following figure).

Blog reader Martin mentioned it in this comment – Techdows colleagues also described these options in this article. 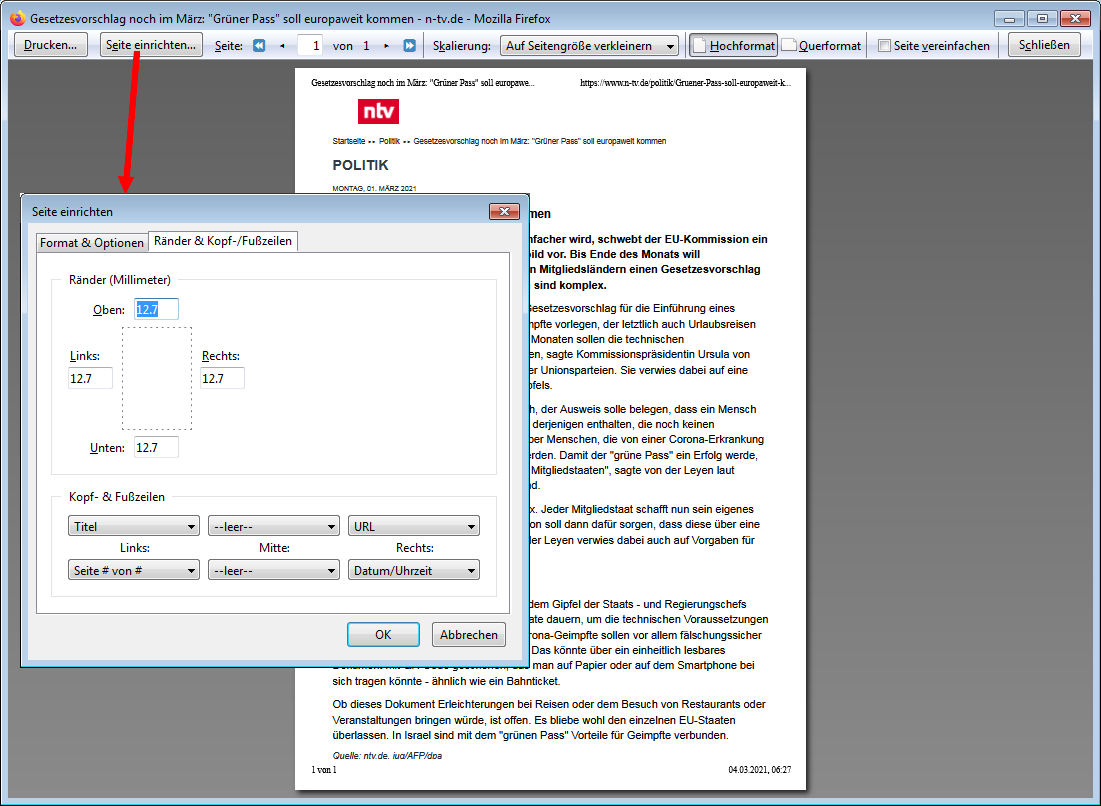 The Page Setup button opens a system dialog box whose Margins & Headers/Footers tab has many customizable settings (above image). This option doesn't seem to exist anymore in the new Print dialog of Firefox 86. Ralf Lindemann has mentioned in the comment here how to customize the options. 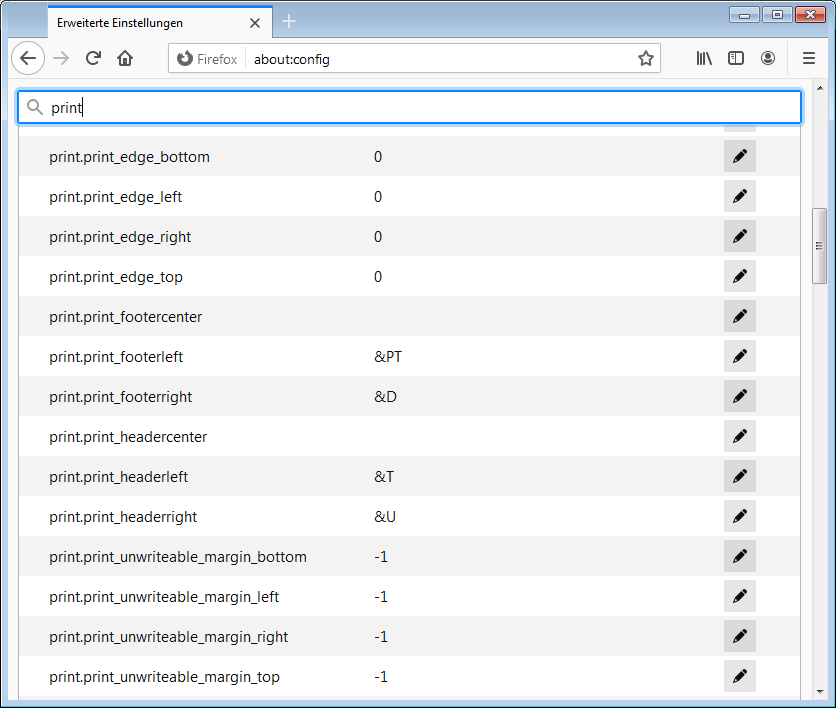 It is enough to type in the search term print in the relevant field in the about:config page. Then you can scroll down in the options and adjust the print options shown above. At this point my thanks to Martin and Ralf for the hints – I have pulled them out here and provided them with illustrations.  Maybe it helps the one or other user a little further.

This entry was posted in browser and tagged Firefox, Print. Bookmark the permalink.