[German]VMware has fixed an authentication bypass vulnerability in data center security software with a patch. The security update should be installed as soon as possible.

VMware Carbon Black Cloud Workload is Linux data center security software designed to protect workloads running in virtualized environments. VMware has now fixed a critical vulnerability in the VMware Carbon Black Cloud workload appliance that could allow attackers to bypass authentication after exploiting vulnerable servers. I had already caught it via subsequent tweet from Bleeping Computer and their article here. 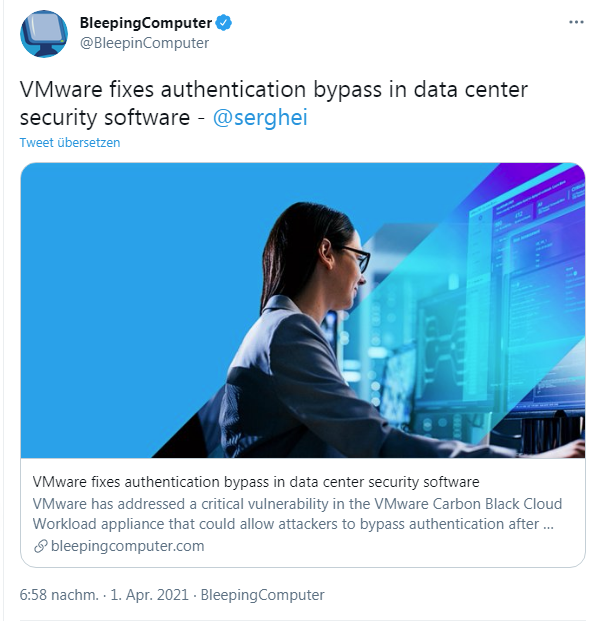 VMware has also patched CVE-2021-21983, an arbitrary file write vulnerability in the vROPs Manager API that can be used to write files to the underlying operating system. This vulnerability occurs after authentication, meaning an attacker must authenticate with administrative credentials to exploit this vulnerability.

VMware has provided patches for both vulnerabilities in vROPs Manager versions 7.5.0 through 8.3.0. A temporary workaround has also been provided to prevent attackers from exploiting these vulnerabilities. The workaround should only be used as a temporary stopgap until organizations are able to schedule the application of the patches.