[German]Currently, some websites report that Microsoft will phase out Windows 10 on October 14, 2025. The whole thing has to do with the announced Windows event on June 24, 2021, where the "next Windows" is expected. However, it's not quite that simple, because you have to look very closely. Microsoft will drop Windows 10 Home, Pro, Workstation, Education and Enterprise from support in October 2025. At least until January 9, 2029, there will still be support for some Windows 10 LTSC systems. Here's a closer look at that fact.

I came across the information about Windows 10 ending in 2025 in the following tweet, for example, which links to this article. 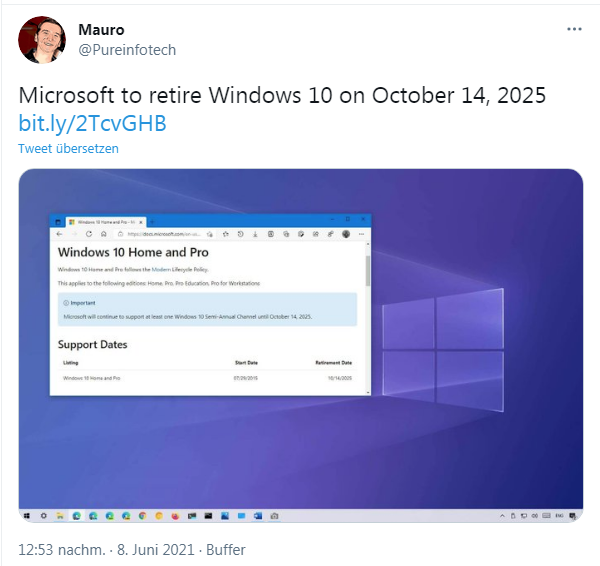 The message of the article: Windows 10 will reach the end of support on October 14, 2025, at which point it will be retired. The date means that devices running Windows 10 will no longer receive security and quality updates after October 14, 2025, and there will be no more support. However, now comes the restriction: this retirement date applies to Windows 10 Home, Pro, Enterprise and Education. You can read about this on the Windows 10 lifetime website. 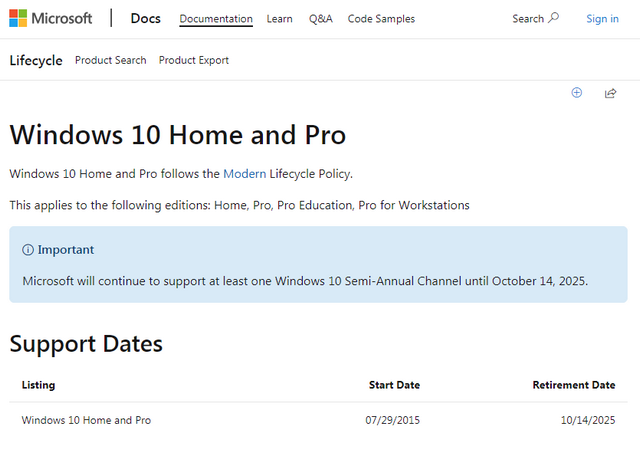 The end of support for Windows 10 Enterprise and Education is also indicated on this website as October 14, 2025 (see also the following screenshot). 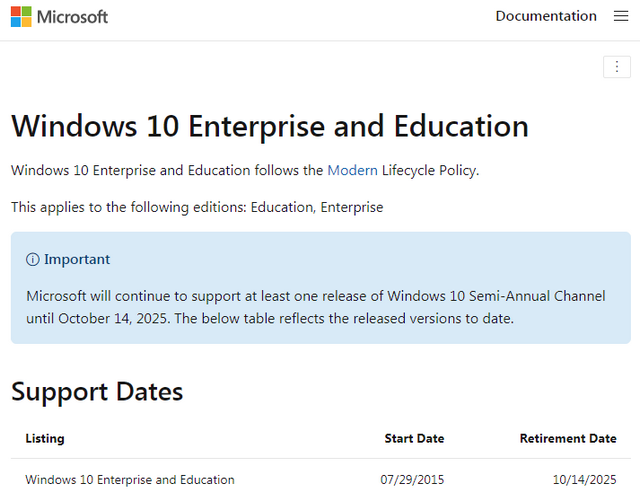 For the LTSC versions of Windows 10 Enterprise and IoT, however, the support times look a bit different, as you can see on this web page and the screenshot below. 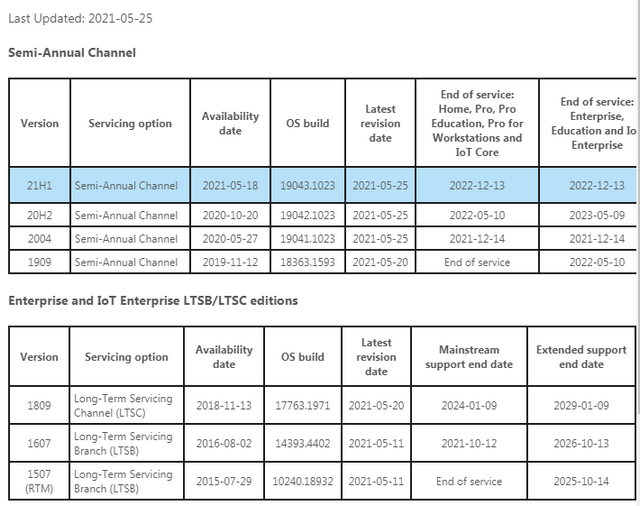 The whole thing is somewhat surprising, since Microsoft had announced Windows 10 as the "last Windows" when it was presented on July 19, 2015. With Windows as a service (WaaS) and the semi-annual function updates, the operating system could have been developed further over decades and continued to be called Windows 10.

But the management in Redmond has probably decided otherwise, and will probably change the course on June 24, 2021. In the blog post On June 24, 2021, the new Windows (11) will be introduced, I had written about the upcoming event and speculated that Microsoft could call the new child Windows 11. Also the article Is Microsoft teasing Windows 11? points in that direction. We will probably know more on the date mentioned above.

At this point, my articles Windows 10 LTSC: Next version with reduced 5 years support makes more sense. Because it seems, that Microsoft has decided to shorten the support to these 5 years because of the phasing out of Windows 10. Would mean that Windows 10 21H2 LTSC gets support until 2026, but the 1809 LTSC is still supported until 2029. And also, yes, the Windows 10 IoT LTSC versions will continue to get 10 years of support with updates.

And at this point the German article here from the colleagues of deskmodder.de also gets more sense. They had reported a few days ago that there would probably be two versions of Windows 10 21H2. Microsoft had then removed the relevant entries from its website. But let's wait and see what Microsoft will announce.