[German]It has long been known that there will be another Windows 10 upgrade in the fall of 2021. Even Microsoft's boss, Satya Nadella, recently talked about a "Next Windows". On June 24, 2021, Microsoft now officially invites to an event that will be about the next Windows. Here is some information on the topic.

At Microsoft's developer conference BUILD 2021, Microsoft's current CEO, Satya Nadella, had reported on future developments in a keynote and mentioned a "next generation" Windows that he was already working with and that would soon be presented "as the biggest update of the decade". Nadella did not provide details, however.

The announcement on June 24th

As early as June 2, 2021, Microsoft announced, for example on Twitter, an event for June 24, 2021, which is officially about Windows, as you can see in the following post. 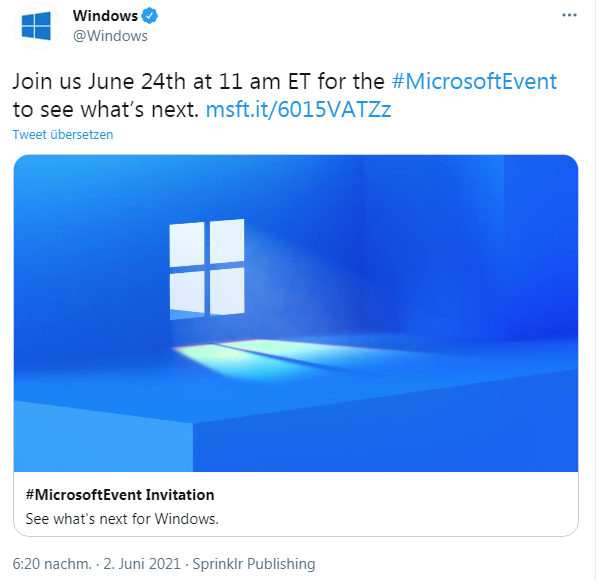 The tweet above links to this Microsoft page, where you can watch the livestream for the conference starting at 11:00 a.m. ET on June 24. Some users speculating, that Microsoft will introduce Windows 10 21H2 with it's GUI overhaul, called Sun Valley (see this article). The Verge has here also some speculations on this next Windows. And a list of features (found within Insider Previews) can be obtained at this web site.

Well, and there are big speculations, whether Microsoft will name that thing als Windows 11. Some observers remarked, that the shadow of the windows posted in the intro above shows two bright bars – may be interpreted as 11. 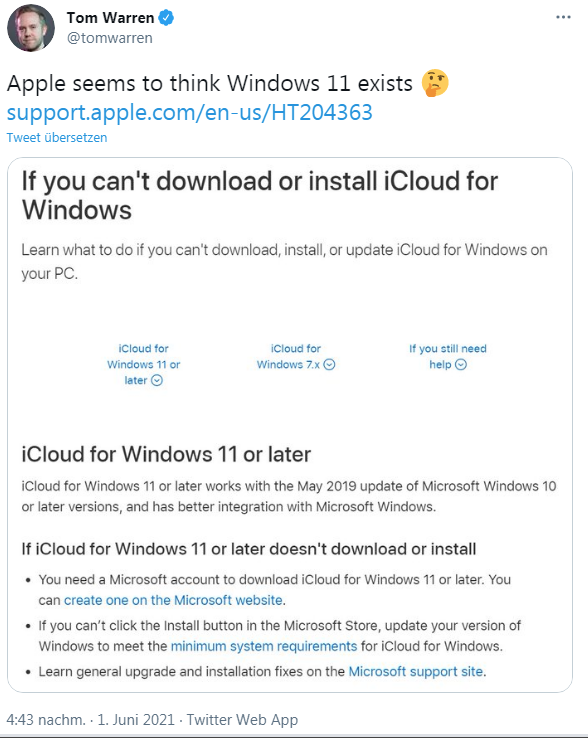 And I came across tweets like the above one, pointing to a support document dealing with iCloud for Windows 11 from Apple. Let's see, what Microsoft will reveal on June 24th.