Security researchers observed several indicators of injection/remote code execution as an attack path for Spring4Shell. Europe in particular is under fire, according to the security researchers. According to Check Point, 20 percent of organizations are said to be at risk because of Spring4Shell. Software vendors make up the largest group globally at 28 percent. A message from the security vendor said 16 percent of all organizations worldwide were affected after just four days. I had reported on this in the blog post Spring4Shell: Vulnerabilities in Java Spring Framework. There are already corresponding patches from VMware (see links at the end of the article).

The colleagues at Bleeping Computer warn in the following tweet as well as in this article that the Mirai malware is already abusing Spring4Shell vulnerabilities to infect systems. 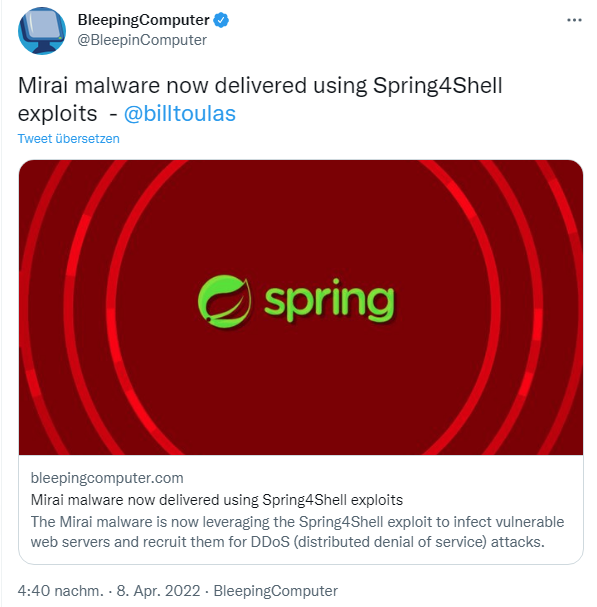 The observed active exploitation of the vulnerabilities could be seen a few days ago. What stands out is that the attacks are concentrated on vulnerable web servers in Singapore. This suggests that the whole thing might be a preliminary testing phase. It is conceivable that the threat actors will try the operation worldwide at a later stage.

Security vendor Trend Micro took a closer look at the Spring4Shell vulnerabilities and subsequently published an analysis, which they point out in the following tweet and in this article. 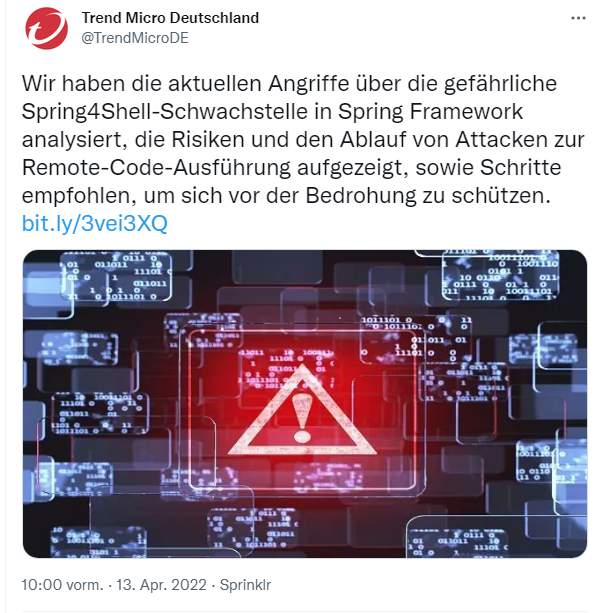 To learn about the vulnerabilities, reading the article might be helpful.