[German]Users who have upgraded Microsoft Office 365 as a Click-2-Run variant to version 2206.15330.20196 (released June 29, 2022) report a strange bug. In Microsoft Excel, the contents of cells (rows and/or columns)in a spreadsheet are no longer displayed, but are overlaid in white. Currently only the rollback to a previous version remains. Microsoft already knows about this bug and has documented it under OP396850 in the status area.

I first became aware of the issue within my German blog, because reader G.Anger wrote the following in the discussion area (I've translated the text):

On the Microsoft pages the 2207 is already announced, but apparently not yet available. Whoever can, should delay the update to the above mentioned version (in the current channel).

The reader had posted another link to a website – but it is an automatically translated page in German, which is not very helpful. I have therefore pulled out some reports from the Internet. On reddit.com there is since the weekend the thread strange visual glitch in excel 365, which describes the issue in more detail:

Hi, I started getting a strange visual glitch in excel as shown in the figure below. There is white color everywhere that blocks the contents of the cells, cell row and column numbers, and the sheet numbers. Any idea how to fix it? Reinstalling didn't help. 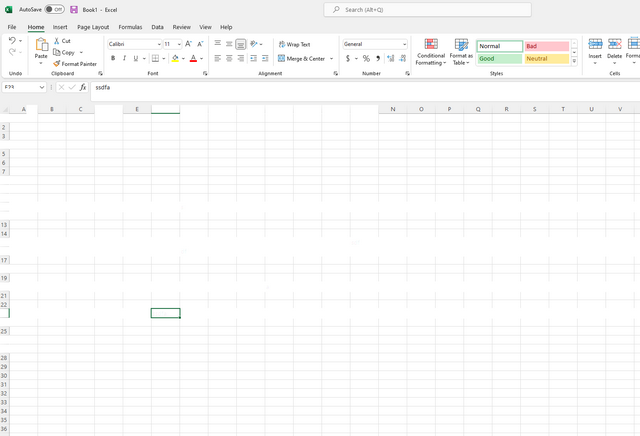 In the spreadsheet, rows and columns are arbitrarily overlaid in white and the contents or even the row and column headers are hidden. Excel is effectively unusable. Matt C. also picked up on on Twitte and posted it to Microsoft365 Status. 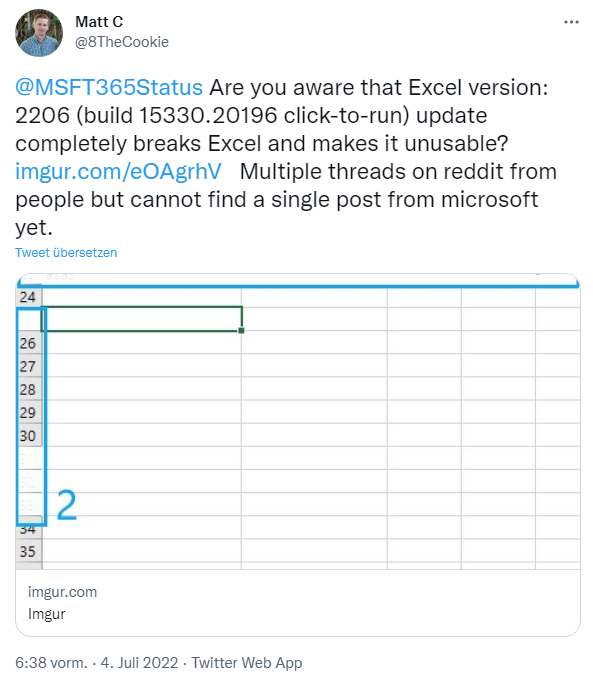 The rollback should work with the command above. On Twitter Microsoft (@MSFT365Status) wrote, that Microsoft is aware of the bug:

We are aware of the issue and have posted under OP396850. Please follow those communications for further updates.

The Microsoft people refer to internal status pages that are only open to Office 365 users – I can't get there. However, using the code above, I found this page where the error is documented.

A bug fix is supposed to come for the Office 365 version therefore. G.Anger writes in his comment in the discussion area here in the blog that version 2207 is already announced on the Microsoft pages. Whether this fixes the bug, I do not know. Anyone affected by the bug?

This entry was posted in issue, Office and tagged Bug, Excel, Office 365. Bookmark the permalink.