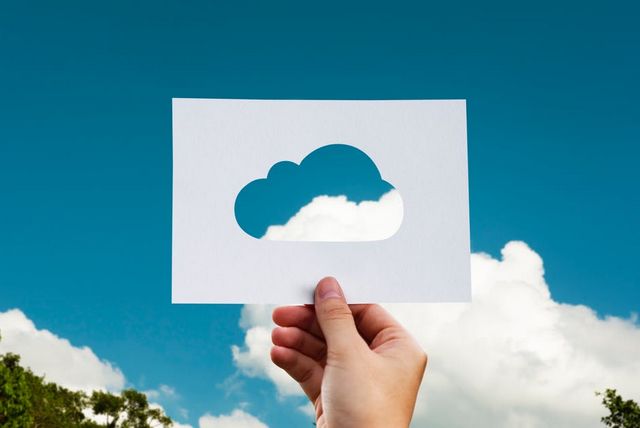 [German]Not only Cisco Webex is down, I have also received reports of disruptions from AWS for North America (see Cisco Webex has been down (July 28, 2022)). Microsoft's cloud services (Microsoft 365) also seem to have been affected. At least, I have corresponding disruption reports for North America, which have since been confirmed by Microsoft.

On Twitter, Microsoft has confirmed isses about 4 hours ago in a status message. There is a service disruption reported for Microsoft 365. Here are some tweets about it:

We're restarting the affected infrastructure to mitigate impact. Further, we've confirmed that impact is not isolated to admins in North America. Additional information can be found at http://status.office.com or under MO406459 in the Microsoft 365 admin center, if accessible. 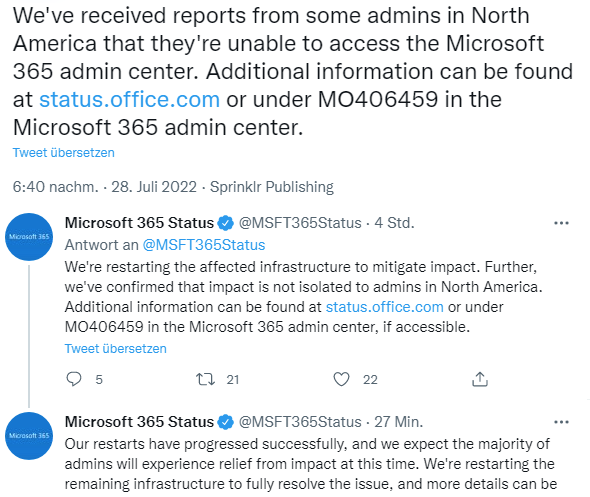 In the meantime, the company reports that the affected services are running again and are functional.

Our restarts have progressed successfully, and we expect the majority of admins will experience relief from impact at this time. We're restarting the remaining infrastructure to fully resolve the issue, and more details can be found at http://status.office.com or under MO406459.

The colleagues from Bleeping Computer have posted some information about the outage here.

This entry was posted in Cloud, issue and tagged Cloud, issues, Microsoft 365. Bookmark the permalink.