[German]Malwarebytes' threat intelligence team has identified a new, technically advanced remote access Trojan. Dubbed "Woody Rat," the Trojan has been in circulation for about a year and targets Russian organizations. Among others, Obyedinyonnaya Aviastroitelnaya Korporatsiya (OAK), an aerospace and defense company majority-owned by the Russian state, has already been targeted by Woody Rat. The Trojan exploits the so-called Follina exploit (CVE-2022-30190), a zero-day vulnerability that can be used to abuse the Microsoft Support Diagnostics utility to download malicious Microsoft Word or Excel documents from the Web. 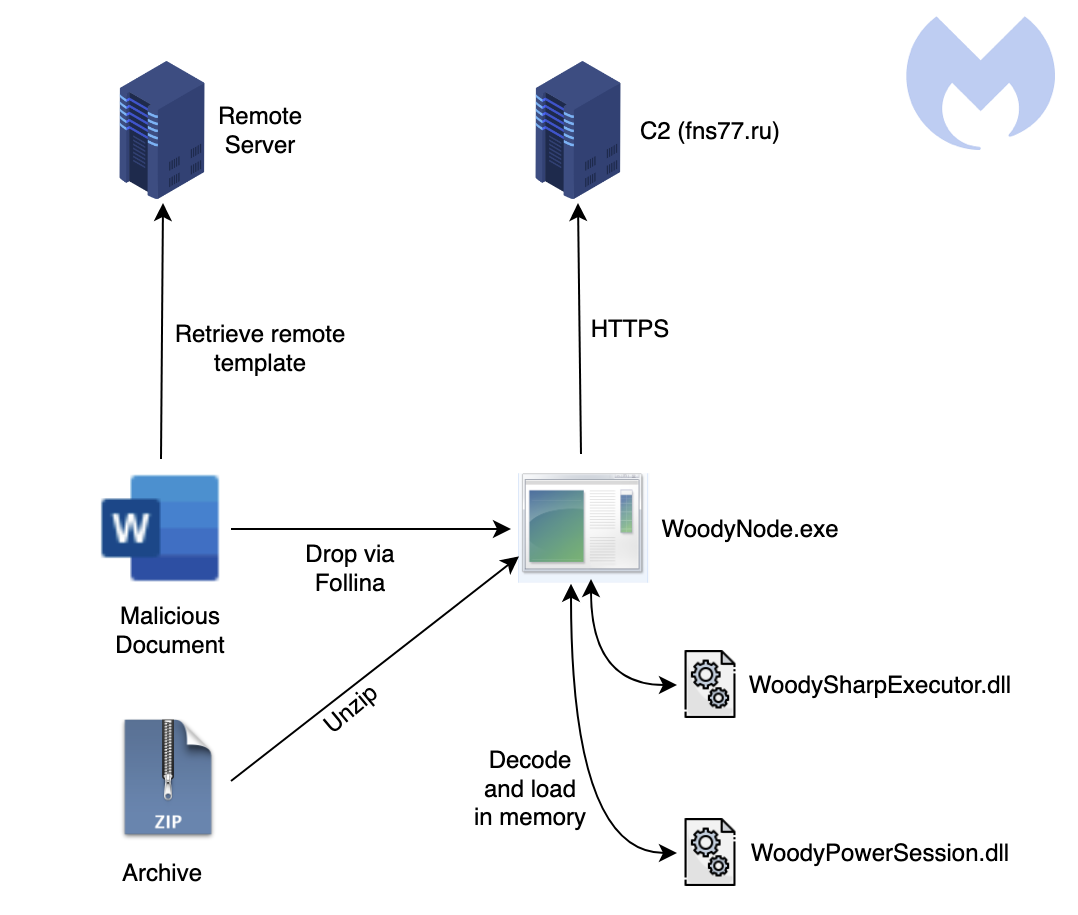 According to Malwarebytes, the identity of the hackers responsible for Woody Rat cannot yet be determined with certainty. But similar threats have already been tracked by Malwarebytes. In the past, Chinese APTs (Advanced Persistent Threats) such as the Tonto team or the North Korean cyber group Konni had targeted Russia. However, based on Malwarebytes' analysis, there are no clear indicators that could assign Woody Rat to a specific actor. More about how Woody Rat works and how it spreads can be read in this report from Malwarebytes.