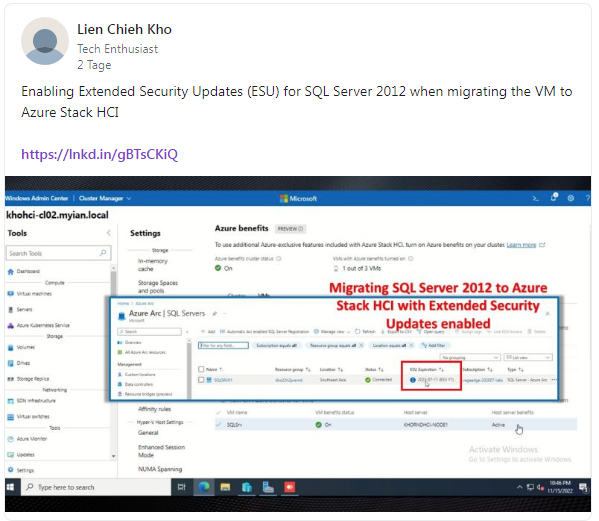 This is because all of these Microsoft SQL Server versions have fallen out of Extended Support and no longer receive security updates (see the following table). 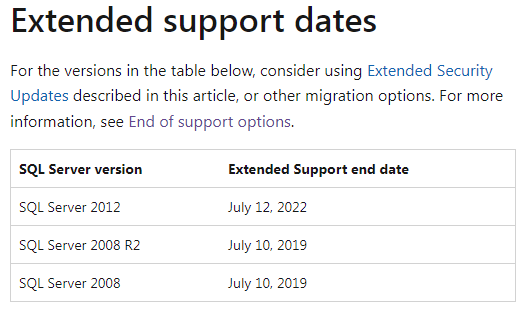 However, Microsoft provides so-called Extended Security Updates (ESU) for the old SQL Server versions. These ESUs are made available on demand as soon as a security vulnerability is discovered and classified as critical by the Microsoft Security Response Center (MSRC). Therefore, there is no regular release schedule for SQL Server ESUs. ESUs no longer contain new features, functional improvements or bug fixes.

In the support article What are Extended Security Updates for SQL Server? dated November 19, 2022, Microsoft states that customers can subscribe to Extended Security Update (ESU) when support for an MS SQL Server version expires. ESU is available for a maximum of three years after Extended Support expires. This requires migration to Azure services. Customers with SQL Server 2012 (11.x) get ESUs for three years at no additional cost and do not need no Software Assurance to get ESUs in Azure.

This entry was posted in Security, Update and tagged Microsoft SQL Server, Update. Bookmark the permalink.