[German]Another small addendum to the weekend. Microsoft's developers in Redmond has been busy this week and released two updates for the store app. One update fixes the bug preventing the Store app to work, and the second update brings the new Microsoft Store to Windows 10 Fall Creators Update.

Some users of Windows 10 Fall Creators Update were rather annoyed because of a bug that blocks the use of the store. The app shows the following error message:

"Something bad happened – Unknown layout specified in manifest". I had this error on one of my test machines and was able to investigate a few things. I've blogged about that within the article Windows 10 V1709: Store broken (wrong manifest layout). And I've escalated this issue within US Microsoft Answers forum.

Background: As a German community moderator I'm able to escalate threads to other moderators – also in US forum. Then Microsoft's forum moderators are able to forward such threads to Microsoft's product group. This has been fruitful for several bugs, I reported in that way.

Yesterday I found out that my workaround described in the blog post Windows 10 V1709: Store broken (wrong manifest layout) wasn't necessary anymore. The Store app worked again with Germany as a location. Some user commented within my German blog, that they received a Store app update.

I haven't had Friday the time to check that (I'm moving currently between 3 test machines with Windows 10 Fall Creators Update installed, to blog about bugs and update one of my German Windows 10 books).

Today (October 21, 2017) I recognized another pending Store app update on my test machine. I 've to click an Update button, to initiate this update. The Store app has been updated to build 11709.1001.25.0. The app closed and reopened during installation – and suddenly I recognized a new Store app icon. 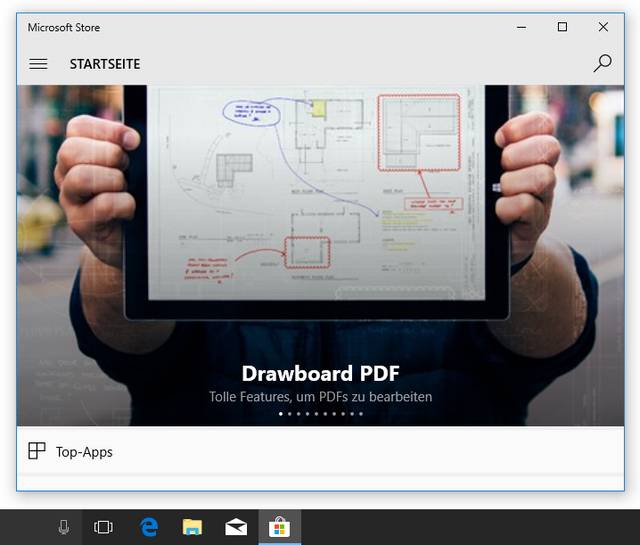 And the Store app has now Microsoft Store in title. This is the renaming of the Windows Store to Microsoft Store, reported a few weeks ago from several tech blogs (I mentioned it within my German blog post Windows 10: Store wird in Microsoft Store umbenannt).

1 Response to Windows 10: Store updates with fixes and Microsoft Store