Windows 10: What are ‘Feature on Demand’ Updates?

Prior to the release of Windows 10 Fall Creators Update on October 17, 2017, users may find that some feature-on-demand updates may appear in Windows Update.

These updates are currently available

Within my blog post Windows 10 Insider Preview: Update to Build 16299.15 I mentioned feature-on-demand updates the first time. There was a LanguageFeatureOnDemand offered with KB4046355. 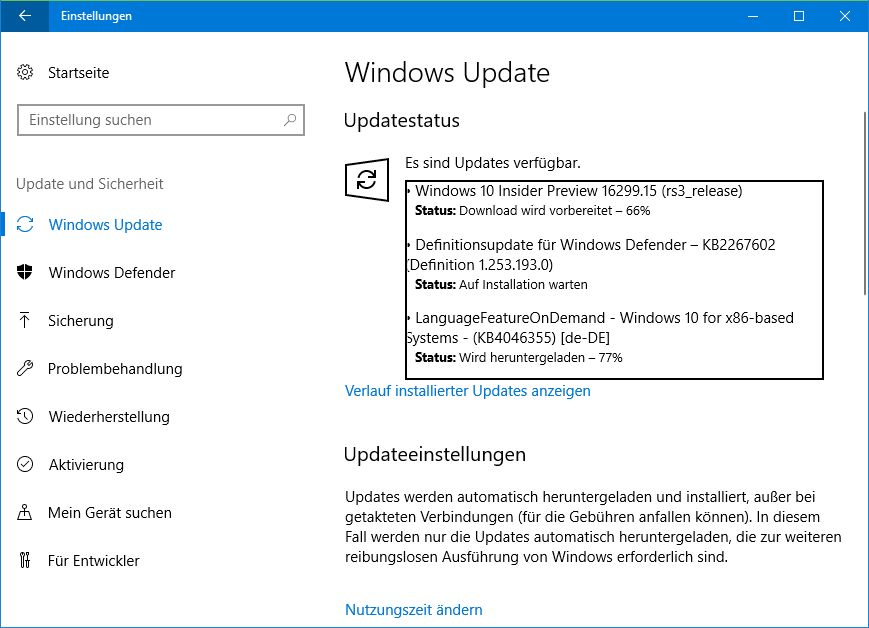 It is noticeable that all feature on demand updates are available at KB4046355. Microsoft hasn't provided details of update KB4046355. Searching the web, you will find links to some of my blog posts, dealing with KB4046355 (see Windows 10 V1709: Update KB4046355 removes Windows Media Player for instance).

What are Feature on Demand Updates?

The question remains, what are feature on demand updates. These updates have been available since Windows 10 version 1703. At Microsoft Answers somebody already asked this question, without getting an answer. A very concise definition can be found on this University of Washington website:

Windows 10 Features On Demand are additional feature options available through Windows Update. This download allows organizations to pre-configure Windows 10 installation software with these features prior to deployment. This download can also be used to install features from local media.

The article cited above says also, that features on demand updates are available only for the following Windows 10 SKUs

Of course, this can also be extended to version 1709 (Fall Creators Update) and later builds. Only Windows 10 Home will not receive any features on demand updates according to this definition.

Features on Demand v2 (Capabilities), introduced in Windows 10, are Windows feature packages that can be added at any time. Common features include language resources like handwriting recognition or the .NET Framework (.NetFx3).

When the PC needs a new feature, it can request the feature package from Windows Update.

The Microsoft article describes, how to add or remove features on demand using dism in command prompt window.