[German]Has Valve and it's platform Steam a victim of a cyber attack? There are rumors, that Steam's server will be hit by a massive DDoS attack.

Valve has started its Summer Sale campaign from June 22, till Jul 5, 2017 on his Steam platform (see Store).

Valve offers discounts, for thousands of games – so Summer Sales is a Gamers equvalent to Christmas sales for other people.

Steam down due to a cyber attack?

Currently users reporting, that Steam's server aren't accessible, so they wasn't able to drop an discounted order for games.

We are attacking "STEAM" in the test, the attacks that are occurring are not official, very soon we will attack all the servers.#steamdown

A hacker group called CyberTeam claims via Twitter, that a test attack has been started against Stream. Soon a massive DDoS attack on all servers will be following. 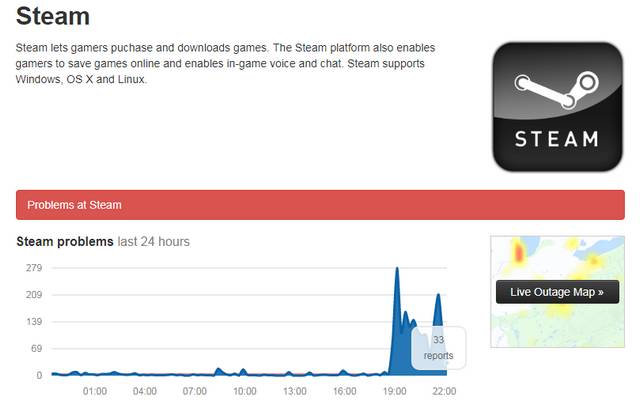 The Steam Downdetector shows some problems within the last hours. We will see, what's going on during the next hours and days. Is somebody affected?  (via)

This entry was posted in issue, Security and tagged cyber attack, down, Steam. Bookmark the permalink.