[German]Today a short information for Mac users. How to use a Kyocera FS-1041 laser printer in macOS Sierra 10.12. The Kyocera website doesn’t provides a driver for macOS Sierra.

The b/w Kyocera FS-1041 laser printer is attractive due to its low printing costs and is available at a low price (about 60 – 70 Euro). But there is a problem, because the printer doesn’t seem to work under macOS 10.12 Sierra. 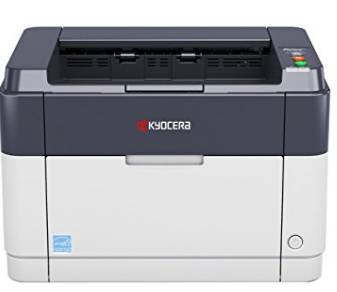 I found several user comments at Amazon.de confirming this question about macOS Sierra compatibility. The seller answers the question’ Does the printer also work with max os sierra?’ with YES. There a user writes in May 2017:

No, he’s not. He’s not. When installing the driver from the Kyocera page I get the error message: No software to install found. Tried several times. Even after a new installation of OS X Sierra. Mac user=fingers off.

And a second one confirms this apparently by stating on August 25,2017: “No, drivers on Kyocera’s website are obsolete (2014) MacOS does not work with this printer!

There seems to be a solution

The Kyocera website contains drivers for Windows up to version 10 and Mac OS X 10.5 or later. However, an installation attempt seems to be unsuccessful. By chance I came across a post (now deleted) at administrator.de. It is recommended to proceed as follows.

Note: I’ve had published the download link, but was forced to remove it. So contact Kyocera support and nail them down to send you the direct download link for the driver FS-1325MFP OS X 10.5 or higher_1.1201 [03-23-2012].dmg – unbelievable. Just a tip: Visit this Kyocera site and look for the driver.

Then it should work with printing. If there are still problems, you may find a solution in this forum thread.

This entry was posted in computer, devices and tagged Driver, Kyocera FS-1041, macOS 10.12. Bookmark the permalink.