[German]Microsoft has (re-)released some updates for Windows and .NET-Framework around November 22, – 27, 2017 on WSUS, but hasn’t documented much. Here are a few details.

Did you get any information from your sources?

Well, I don’t have sources at Microsoft. But searching the web, showed me, that Microsoft indeed hasn’t documented KB4049068, and there are further no details. But I found update KB4049068 (Update for WES09 and POSReady 2009), dated November 22, 2017, in Microsoft Update Catalog. The Microsoft Update Catalog description is useless, but a 2nd search showed my, the update KB4049068 is available for Windows 7, Windows 8.1, Windows Server 2008, Windows Server 2012 (R2) – and for Windows Embedded variants. 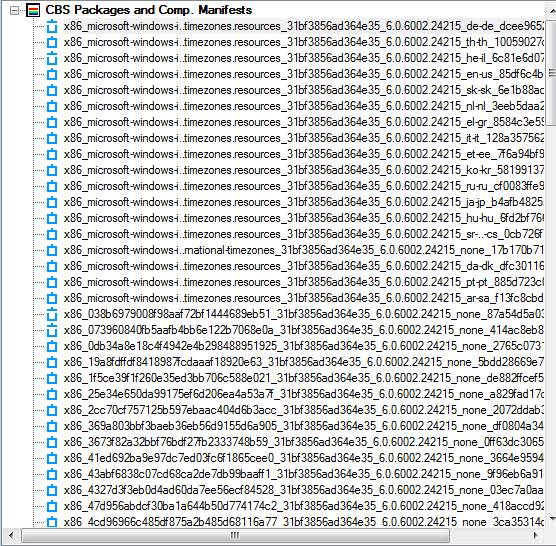 I downloaded an .msu file and unpacked this archive, to inspect the manifests. My conclusion: This update addresses time zone resources (see screenshot above). Later I found at reddit.com this thread, claiming the same. My recommendation: Hide this update, until Microsoft published a change log.

Addendum: KB 4049068 is online now – it’s a timezone update for  Fiji Islands. And the historical data accuracy of the “Morocco Standard Time” time zone entry in Windows has been improved.