According to "ReportingEvents. log", the search or sync of the update client still worked yesterday on all computers. Not since today.
I tried to repair an update agent on a computer using MS Tool: Result – the update search is working again, but shortly after it terminates with the following error code:"Code 80248015 – Unknown error on Windows Update". 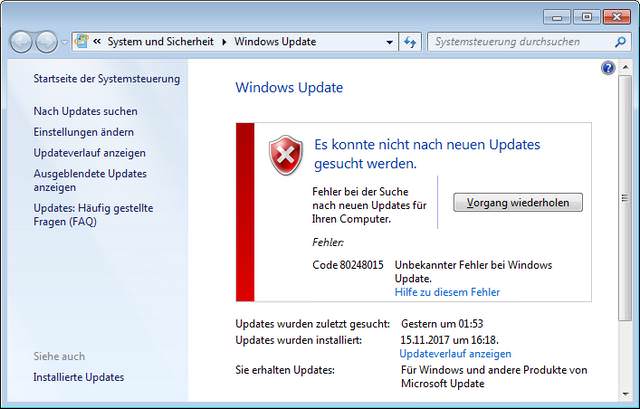 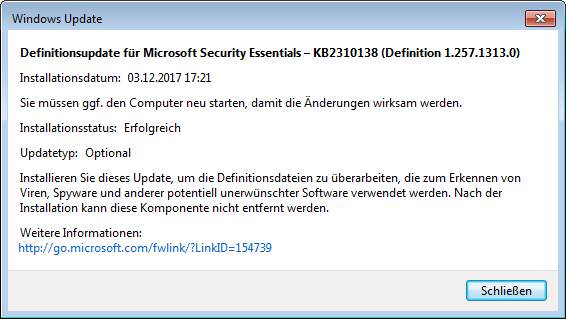 Before I begun to repair my production machine, I decided to boot a 2nd machine with Windows 7. A netbook that hasn't been used for weeks was my test candidate. After booting, I received the update message shown below. 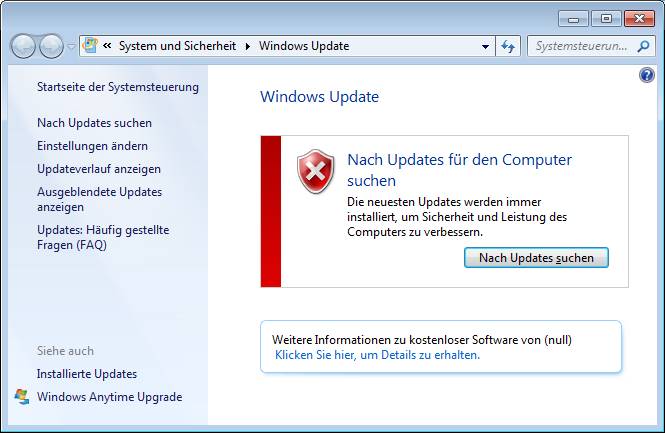 After I noticed, that setting the date to December 3, 2017 enables Windows Update search, I was sure, that it has something to do with an expired certificate. Then German blog reader Matthias pointed me to Woody Leonhard's ComputerWorld article Windows Update for Win7 broken, throwing error 80248015. A reader of Woody's blog has informed him, that in:

There is a thread in MS Answers forum where the issue has been discussed also. It's Microsoft's fault. Well done.

.NET-Framwork update isn't the root cause

Blog reader Ralf Lindemann left a comment within my German blog, supposing, that the revised .NET-Framework Update KB4049016 (2017-11 Security and Quality Rollup for .NET Framework…) for Windows 7 messed it up. The WindowsUpdate.log in Windows folder showed some failures after installing this update. But this is just coincidence. Because I checked my netbook, that hasn't been booted since weeks. .NET-Framework Update KB4049016 isn't mentioned within WindowsUpdate.log.

### Below are some workarounds – but they have side effects (options are missing afterward, Microsoft Security Essentials don't got updates anymore). I suggest to wait, until Microsoft releases a hot fix to overcom this issue ### 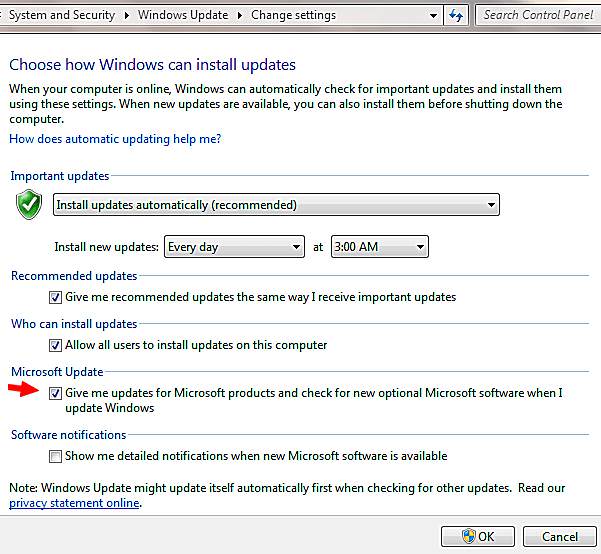 Note: After unchecking the option Give me updates for Microsoft …, Windows will remove the two lower options 'Microsoft Updat' and 'Software notifications'. I've published a while ago a German blog post Windows 7/8.1: Optionen fehlen in Windows Update – Teil 1 – where I explain, how to get those options back. But overall: Microsoft has messed it up and they have to fix that mess. I'm only able to deliver some workarounds.

BTW: I've posted an article within the  MS Answers forum and escalated it to all moderators. Let's hope, they will forward it to Microsoft's developers.