[German]This blog post shows, how to define compatibility lists for ActiveX components in Internet Explorer 11. This is mandatory to allow ActiveX component execution within the browser. This topic has been raised a few days ago during fixing the broken Windows 7 Update process.

Later on Microsoft fixed the issue. But not all systems was able to load that fix. Therefore I wrote a second article Windows 7: Fix broken Update (Error 0x80248015) 12/4/17 explaining the steps to install Windows Update Vista Web Control in Windows 7 Internet Explorer 11. But downloading and installing Windows Update Vista Web Control isn't sufficient. IE 11 blocks ActiveX controls,  until they are listed within a compatibility list. I wasn't aware of this, because I didn't received an error message in IE 11. That's the reason, why I proposed to install Silverlight to recover missing update options. Shortly after publishing the German blog post, I received comments, that a Silverlight install isn't necessary. It's required to 'add the the installed Windows Update Vista Web Control to the Internet Explorer 11 Compatibility View list'. Here are the details.

To make Microsoft's ActiveX controls work, Microsoft.com needs to be registered as secure in the compatibility list of IE 11. Therefore I fired up Internet Explorer 11 on my Windows 7 machine and processed the steps given at this Microsoft article. 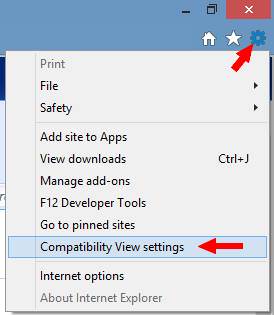 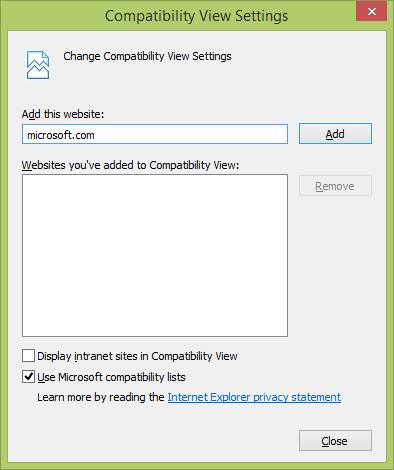 2. Then type the website address microsoft.com into the textbox Add this website and add this URI to the list of Websites for Compatibility View using the Add button.

After Closing the window, the add in should be executable within Internet Explorer 11. In my case, the Windows Update window popped up, and started to search for pending update. So installing Silverlight to recover some missing update options hasn't been not necessary (see Windows 7: Fix broken Update (Error 0x80248015). Perhaps this blog post helps others in similar cases.