[German]Lenovo recalls certain models of its ThinkPad X1 Carbon notebook series due to fire hazard. However, only devices of the 5th generation that were manufactured between December 2016 and October 2017 are affected.

The recalling of some ThinkPad X1 Carbon 5th Generation laptops is made in cooperation with the U.S. Consumer Product Safety Commission (CPSC) and in the interests of public safety. 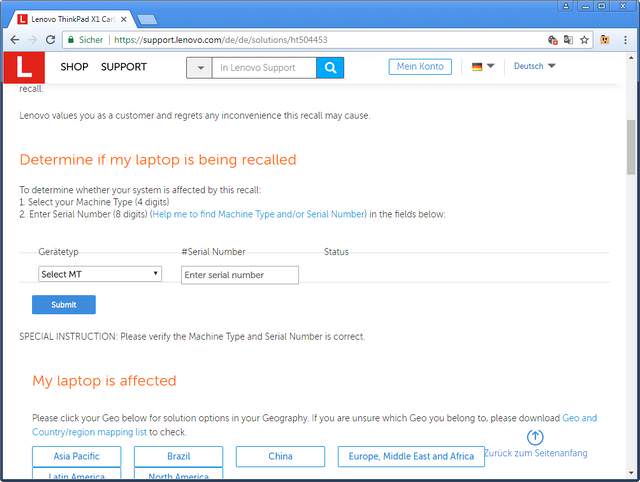 The background of this recall: Lenovo has determined that a limited number of such laptops may have an unfastened screw that could damage the laptop’s battery causing overheating, potentially posing a fire hazard. ThinkPad X1 Carbon Models 20HQ, 20HR, 20K3 and 20K4 may be affected, so check this website (see screenshot above) to see if your model is affected.

This entry was posted in devices, Security and tagged laptop, Lenovo, Security. Bookmark the permalink.