[German]Users of a Lumia with Windows 10 Mobile who are still using version 1703 can be happy. Microsoft has released an update that fixes the PDF display error in the Microsoft Edge browser. 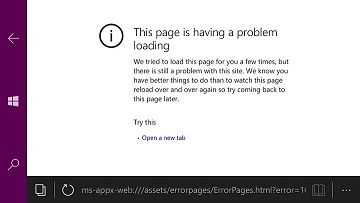 Users who could not update their Lumia to the latest version of Windows 10 was left in the cold. But Microsoft has also released update KB4088782 for Windows 10 V1703 on March 19, 2018. But they forgot to mention the bug fix for the PDF rendering bug in Edge. Somebody at neowin.net spotted a hint within Microsoft's changelog. According to Microsoft's kb article, the update fixes the following issues:

As I read the kb article, I was puzzled first. Hyper-V and other stuff isn't the thing, awaited on Windows 10 Mobile. And I could not see any remark that the kb article addresses Windows 10 Phones – instead it was the article that describes the fixes of this cumulative update for Windows 10 (PC). On March 19, 2018, somebody at Microsoft decided to add the sentence formatted above in bold to the kb description.

Cool move from Microsoft, to include the Windows 10 Mobile documentation into kb articles dealing with desktop patches. We are heading to Easter 2018, so searching the easter egg for Windows 10 Mobile users is program – I guess

. It's always an adventure to be a Windows 10 Mobile user. BTW, the German version of KB4088782 still doesn't contain this addendum. But it's still a few days until Easter 2018.

This entry was posted in devices, Update, Windows and tagged fix, Windows 10 Mobile. Bookmark the permalink.