[German]Here's a brief information for owners of a Microsoft Surface Book 2. After the huge Firmware update for the Surfaces a few days ago, there is probably another firmware update offered. After installing this firmware update, a Bitlocker key is requested. You should have it to get your data.

A reader send me a tip

German blog reader Toby La contacted me today via mail – thanks for that. He pointed out, that he received another new updates for Surface Book 2 after the big firmware update swing of 01.08.2018 (see). Below is his update history after the huge firmware update from begin of August 2018. 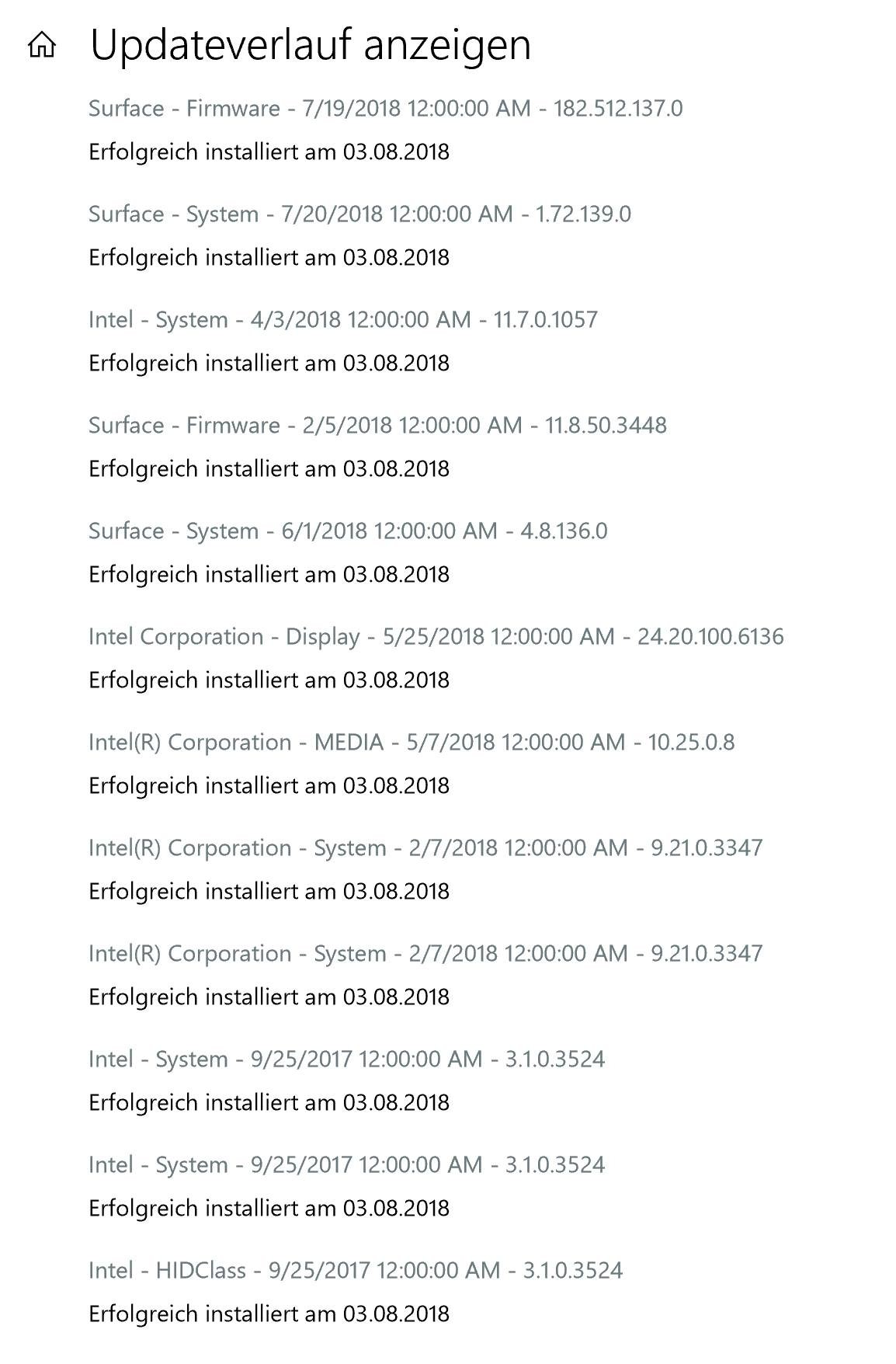 On /08/09/2018 the result of the update search looked like shown in the following screenshot:

Toby was surprised that another new updates are shipped again. The dates for the display driver were somewhat confusing (see screenshot from Toby). But there was another firmware update, dated June 28, 2018. Everything a little bit confusing. He posted his observations within a German Facebook group. But the new update is, according to the group, probably correct, even if different people reported different updates. One firmware update has probably been shared by all owners of a Surface Book 2. Toby wrote:

It is an update that requires the Bitlocker key after installation and restart. If you have not secured it at hand or before, there is a huge problem.

Both the official update history of MS and the download page of the firmware updates do not show anything (till yet) that would have happened again after August 1, 2018.

Toby thinks that maybe this is a topic that helps some SB2 users to backup the Bitlocker key before installing the new firmware.

How to obtain the Bitlocker key?

Toby sent me a link to this German forum post. On August 8, 2018, a user addresses the issue that after a firmware update all data is suddenly encrypted with Bitlocker. To view the Bitlocker key, the following approach is proposed:

After that, everything should be back to normal. I cannot test anything at this point (due to lack of equipment). But maybe it helps one or the other user – thanks to Toby for the hint.