Just a brief information and a question, if anyone can confirm this. There are reports that the update KB4493509 slows down machines with Windows 10 V1809 extremely. Addendum: Avira confirmed such an issue.

Update KB4493509 causes some Windows 10 V1809 machines to become extremely slow.  I had already read it somewhere in a comment on the web today (was a VM), but can’t find this page anymore. Now I found this info at askwoody.com, which reports something similar.

Bogdan Popa has published this article on Softpedia. There are reports that the update freezes the systems or causes them to hang. Also a login is no longer possible.

Within the Microsoft Answers forum there is this thread, which contains a discussion of this issue. Here is a screenshot from a forum post. 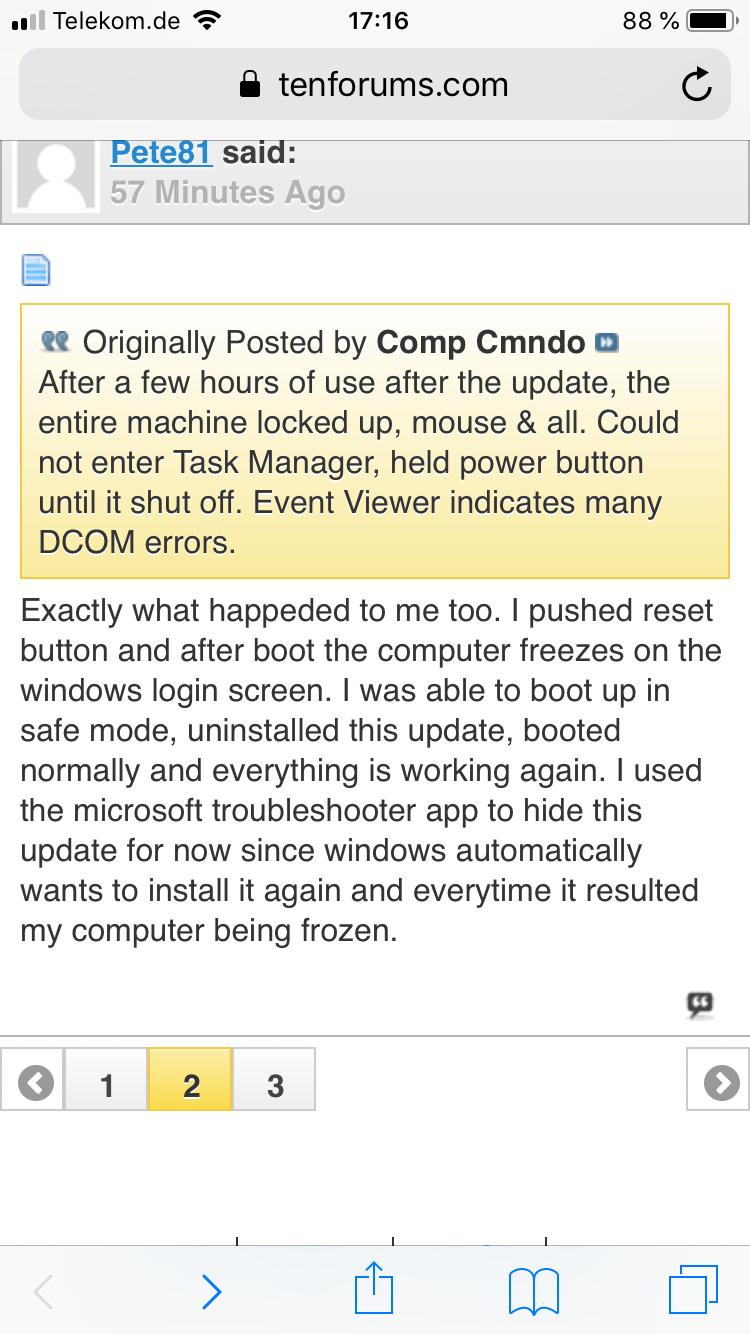 And this forum post a context menu that no longer functions is criticized. Anyone who can confirm these effects?

Addendum: It may be Avira

If antivirus solutions such as Avira are present on the system, the explanation could be these tools (see also my blog post AVAST and Avira confirms April 2019 Update issues). Avira has now confirmed exactly this slowdown in an article. It says there:

Why does my system run very slow?

We could reproduce the described behavior.
This is occurring because of a current Windows Update.

Our development is working on a solution.

Exciting question: Can anyone from those affected confirm this? After the Patchday experience, I would uninstall Avast, Avira and/or Sophos for test purposes.