[German]Windows 10 May 2019 Update (version 1903) has a bug in Remote Desktop Connections (RDP). These cause a high CPU load on a CPU core when disconnecting the session. There are also reports that VMs freeze on RDP connections (when not enough cores are allocated). However, there is a workaround.

It is a bug whose solution has already been mentioned here in the blog in another context. But I decided to prepare the topic separately again. Maybe it will help those affected.

If you establish a remote desktop connection (RDP) to a computer with Windows 10 May 2019 Update (Version 1903), you should be careful. If you disconnect the session without logging out, the process dwm.exe (Desktop Windows Manager) hangs on the client. The process will then fully utilize a CPU core. 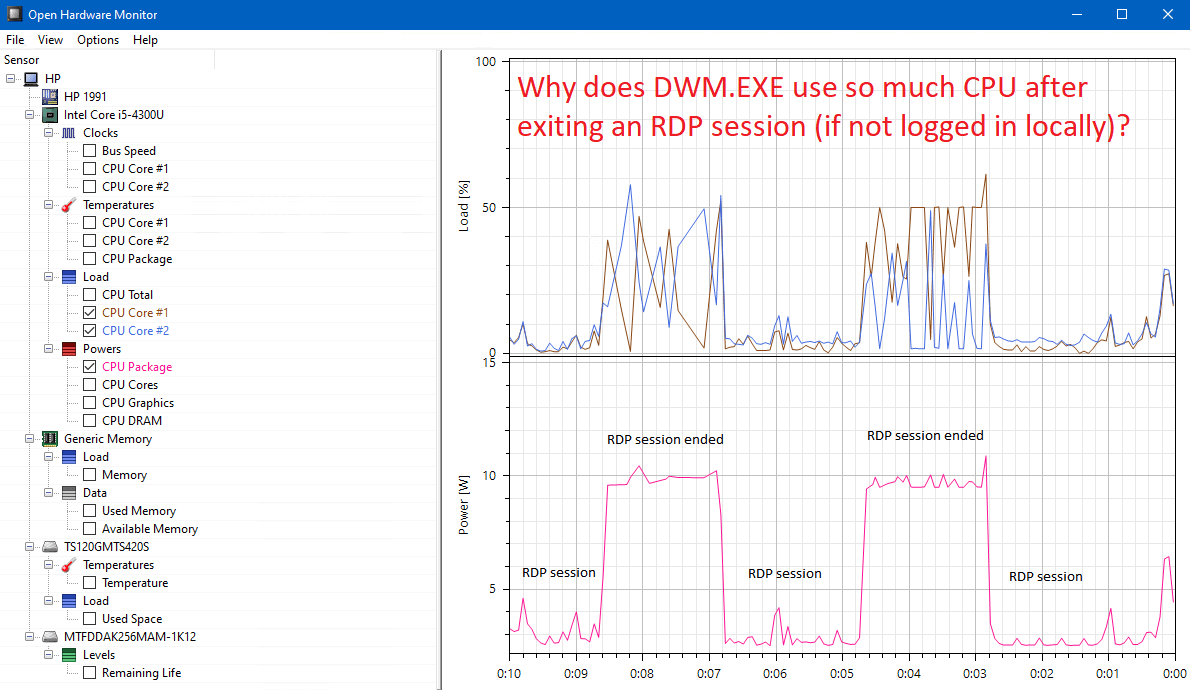 This high CPU load remains until the next login. Users opened this thread in the Microsoft Answers forum on June 15, 2019 with a description of the bug and posted the screenshot above.

After exiting a remote desktop session, cpu load goes up (dwm.exe) until next login

The user has taken the usual measures to exclude his system as a cause. He wrote what he’ve checked:

What I did to exclude other causes:

– scanned for viruses (yes, DWM.EXE is the original one from MS)
– made sure no magnifier was active (Google proposed this)
– made sure no screen saver is active and nothing else is on my lock screen
– made sure the gfx driver (Intel integrated) is up to date

He also performed system file checks with sfc /scannow and dism without success. The whole thing is simply a bug in Windows 10 version 1903. The thread has already received over 10,000 user votes that have the same problem. In addition, a user has linked a number of other sources in the thread. So far, however, Microsoft has not provided a fix or even left out the problem at all.

In mid-July 2019, I published the blog post Windows 10 V1903: Remote Desktop shows Black Screen, which deals with a different problem in RDP sessions (black screen). My suggestion for a workaround there was to force the use of the XDDM driver instead of the normally used WDDM graphics driver. 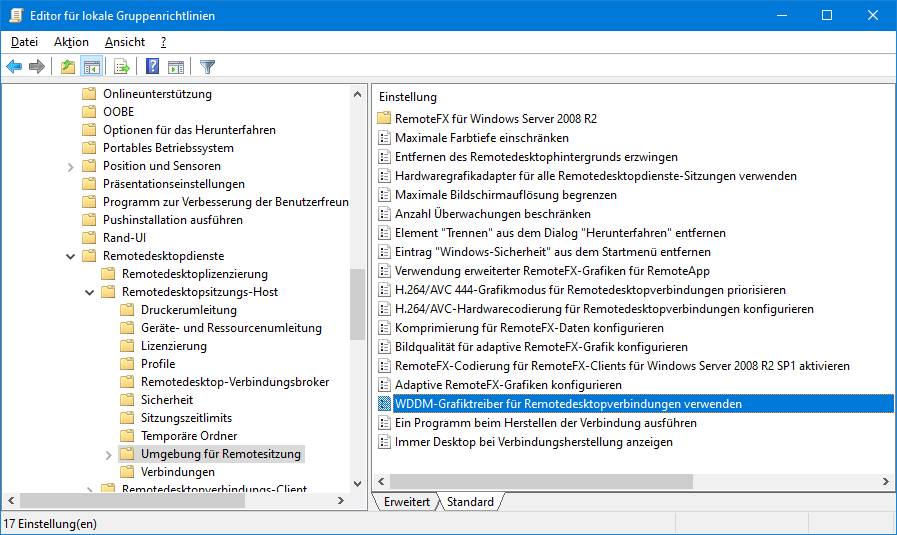 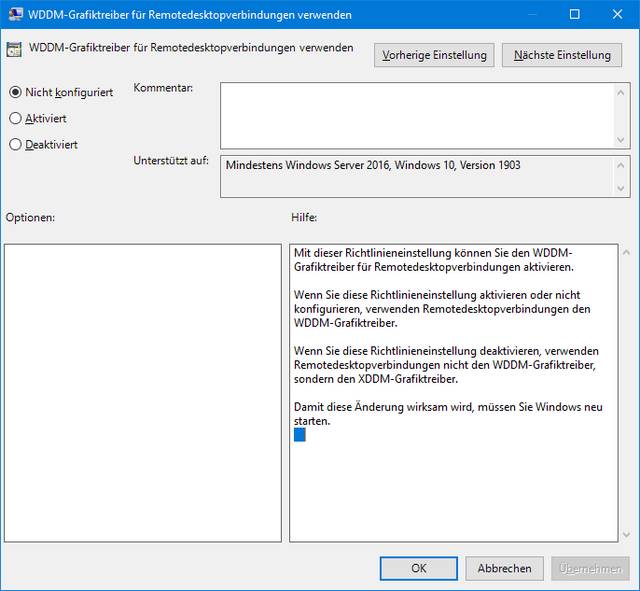 Once this policy has been disabled and the commit may have been forced with gpupdate /force, the problem should be fixed.

Already in the German user comments there was a reference to the MS forum post linked above – and this comment and another comment describe that the workaround helps with a freezing VM. In the MS forum post, user Dr4g0n 36 writes that for him forcing the XDDM driver also helped. I myself, in addition to the comments here in the blog, have become aware of the problem again through this entry at German site administrator.de.

This entry was posted in issue, Windows and tagged issue, RDP, Windows 10. Bookmark the permalink.