Cumulative security update KB4517389 was released on October 8, 2019 for Windows 10 Version 1903 and Windows Server Version 1903. I reported about it in the blog post Patchday Windows 10-Updates (October 8, 2019). The support post states that this cumulative update is intended to improve security for Internet Explorer and Edge browsers. There are also some other fixes described in the support article.

However, KB4517389 s also responsible for malfunctions in Windows 10 version 1903 (start menu and shell problems, Edge no longer starting). There are some blog posts about bugs that are triggered by this update (possibly as a consequential bug) (see the article list at the end of the post).

Microsoft Answers forum contains this post, where a user points out some issues with update KB4517389.

This update installs the Intel Display Driver Update: 26.20.100.7157. Here are the driver properties of the Intel UHD Graphics 620 driver. 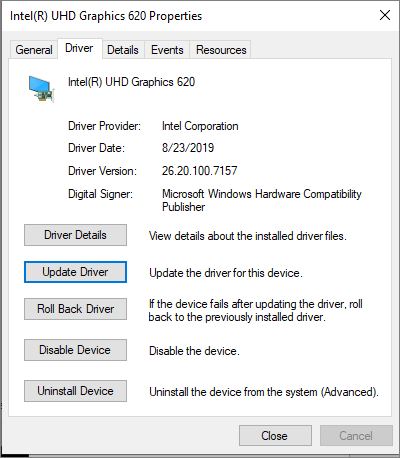 However, this driver causes massive display problems on different machines. If you roll back to the previous graphics driver (Intel Display Driver 25.20.100.6519 of January 2019) on the Driver tab, the errors are gone.

Here you may have to download wushowhide.diagcab and block the reinstallation of the driver/update.

Within the thread the affected user posted the following screenshot with the rendereing issues caused by the driver 26.20.100.7157. 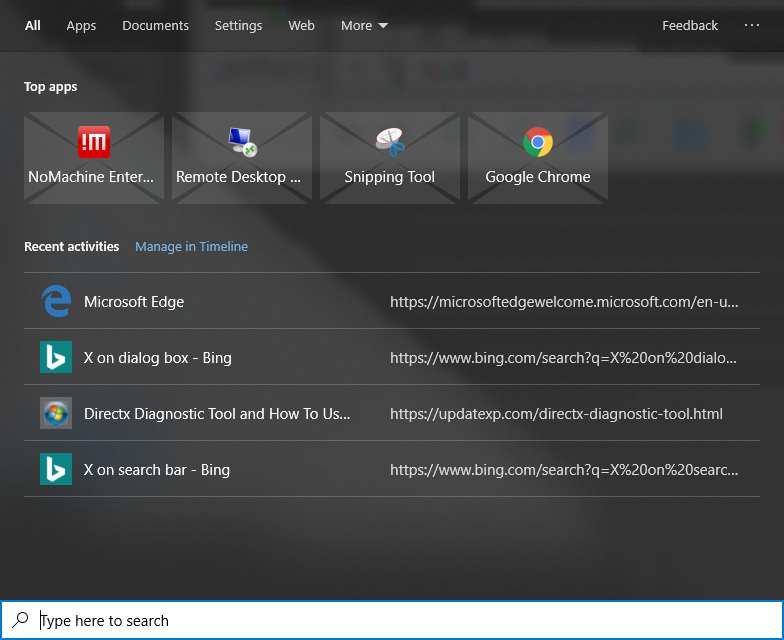 The icons from the above screenshot are overlaid with an X. If you roll back to the Intel Display Driver 25.20.100.6519 of January 2019, the errors are gone (see following figure). 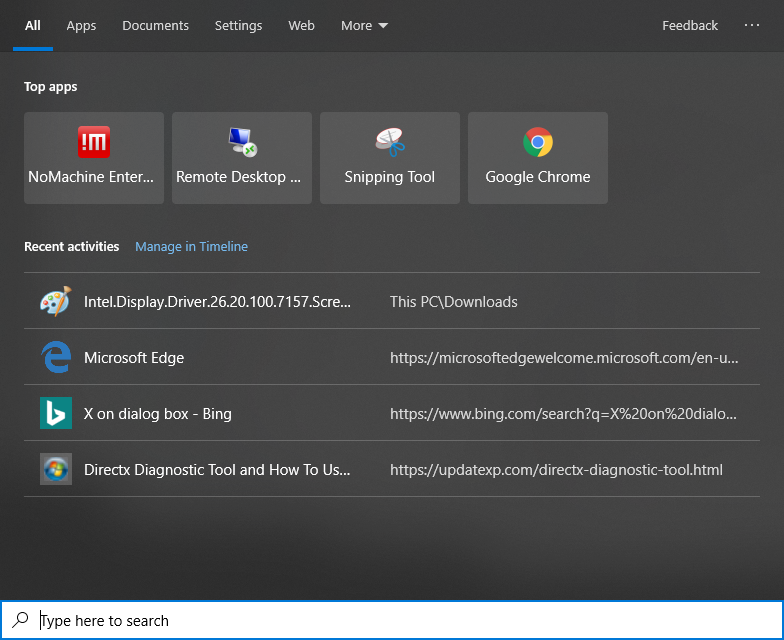 As soon as the update is uninstalled, these display errors are gone again. These errors will be confirmed by other users in the course of the forum thread. A user writes that he could only fix 2 out of 10 affected machines via driver rollback.

At reddit.com there is this tread with the above photo showing Google Chrome with rendering errors. Also on Twitter are reports about such isseus.

At askwoody.com the same error is pointed out here. A user wrote in the comment section of this article:

Most of the reddit instances seem to be HP machines, and solved by a more recent update via HP Support Assistant.

The persons were able to solve the issue with a driver update by the HP Support Assistant. The user states that he had a newer driver installed before the update, which according to the description is supposed to fix minor graphical anomalies (see also this post from user EP on the topic). Maybe it will help you. Any of you affected?