[German]Three hours ago there was a service outage from teams, as I just learned from Microsoft’s service team on Twitter. A few minutes ago, Microsoft support was able to fix the glitch.

Microsoft 365 Status reports in the following tweet that they have received feedback that users cannot access Microsoft teams.

We’re investigating a networking issue that may be preventing some users from accessing Microsoft Teams. More details can be found in the admin center under TM202028.

I cannot access the Admin Center due to lack of mass (i.e. account). But on downdetector.com there was a bigger interference peak. . 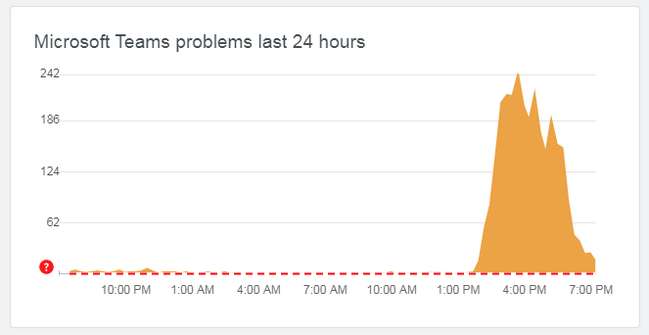 A few minutes ago, however, support confirmed that teams are up and running again – network traffic has been redirected to alternative sites. Was anyone affected?

This entry was posted in issue, Office and tagged issue, Teams. Bookmark the permalink.