[German]Brief information for users of Windows 10 who use products like the Firefox browser from Mozilla and suffer from freezes and crashes. This may be due to installed Mozilla software whose update and maintenance services cause problems, as one blog reader reported.

German blog reader Ingo W. contacted me by mail a few days ago and reported a problem under Windows 10. He wrote about it in his mail

I have a problem that my notebook sporadically "freezes/crashes" from time to time. Nothing worked at all. Switching off with a long press on the power button and rebooting [was necessary].

The usual procedure would be to search the internet and look into the event display to see if there is an error and its cause. Ingo wrote about this:

In the Event Viewer I think I have found the cause or the error (see screenshot). It was probably recorded by accident, because not everything is recorded in case of a crash.

Here is a screenshot (click screenshot to zoom) of a Mozilla Maintenance Service error: 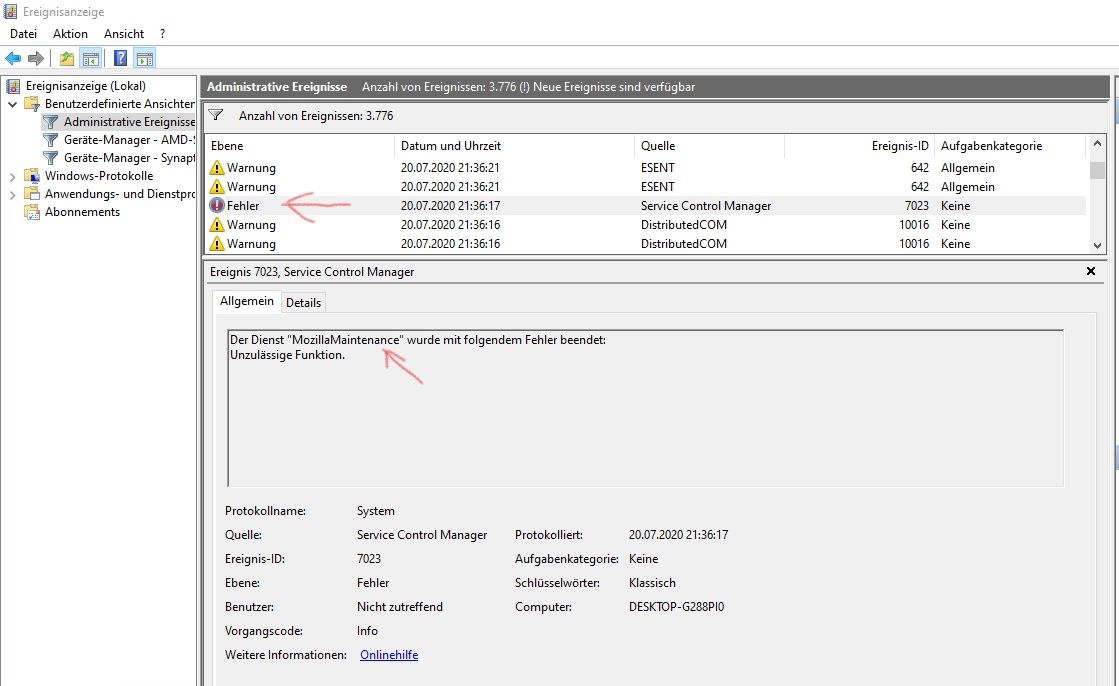 Ingo then simply deactivated the respective services. This can be done in the Firefox browser. He wrote me the following:

After switching off the "service" in "Firefox" in "Settings" -> General – "Area" -> "Firefox Updates" -> "Allow Firefox" uncheck the box in front of Use a background service to install updates.

Here is the screenshot of a German firefox settings page. 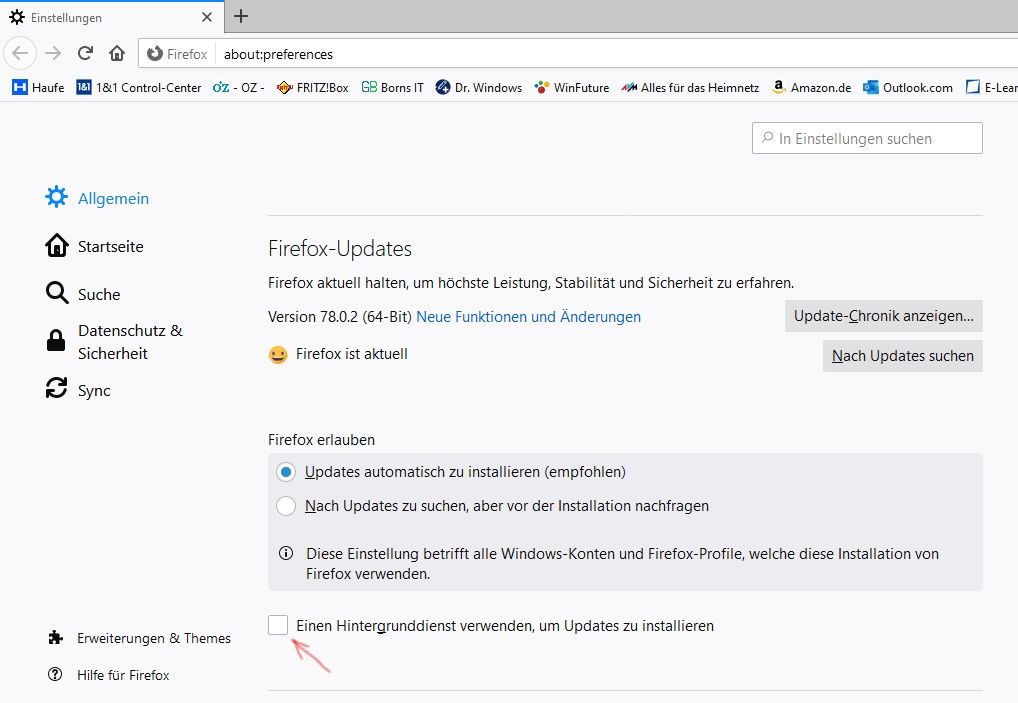 After that the problem with freezing and crashes under Windows 10 was gone. He then deactivated the Mozilla Maintenance Service (see the following screenshots). 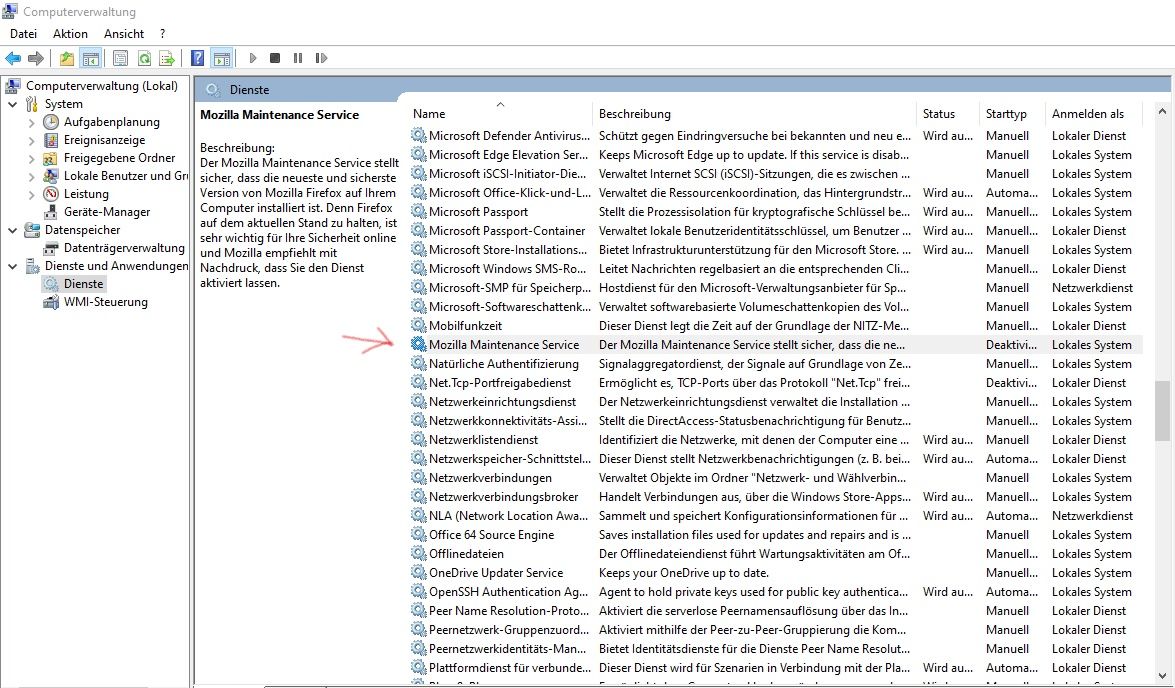 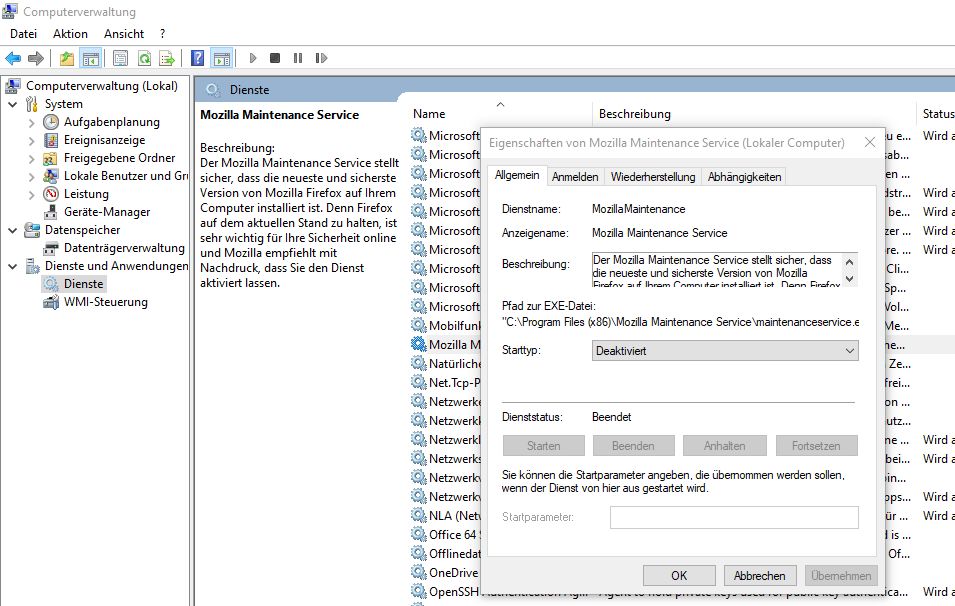 As a disadvantage Ingo W. then mentions the following: Unfortunately you have to check the FF every now and then if a new version is available. The freezing or crashing of the laptop is gone now (used to happen several times a day). I just put the information into the blog – maybe it helps someone or there are some details about it. My thanks to Ingo W. for the hint.

This entry was posted in browser, issue, Software and tagged Problem, Windows 10. Bookmark the permalink.