I don’t know how many blog readers are on Windows 10 version 1903. But December 8, 2020 marks the end of the 18-month support period. That’s what Microsoft’s Windows Lifecycle information sheet says. 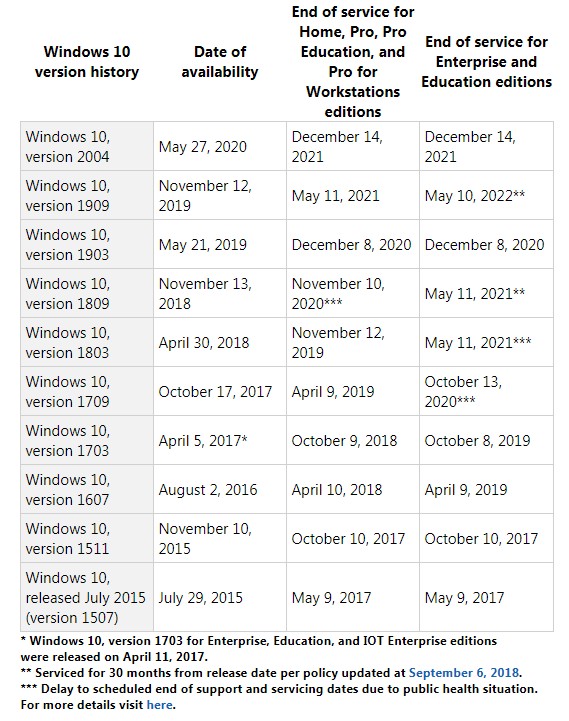 Since Windows 10 version 1903 is a version released in spring, the end of support applies to all variants:

On December 8, 2020, these SKUs will thus receive their last security updates. According to this FAQ, Microsoft recommends to upgrade to the current Windows 10 version (which would be 2004) as soon as possible. I assume that even Windows 10 20H2 will be generally released in December 2020.

Microsoft now gives users of Windows 10 the option of postponing function updates. However, owners of older Windows 10 installations should now be able to feel what Windows-as-a-Service means. In addition to a notification that the end of support is imminent on December 8, 2020, there is also the threat of a forced upgrade. Microsoft had reserved the right to download and install function updates shortly before the end of support for a Windows 10 build. This should now soon be the case. Anyone who has received this notification or has been forcibly upgraded to a current Windows 10 build?