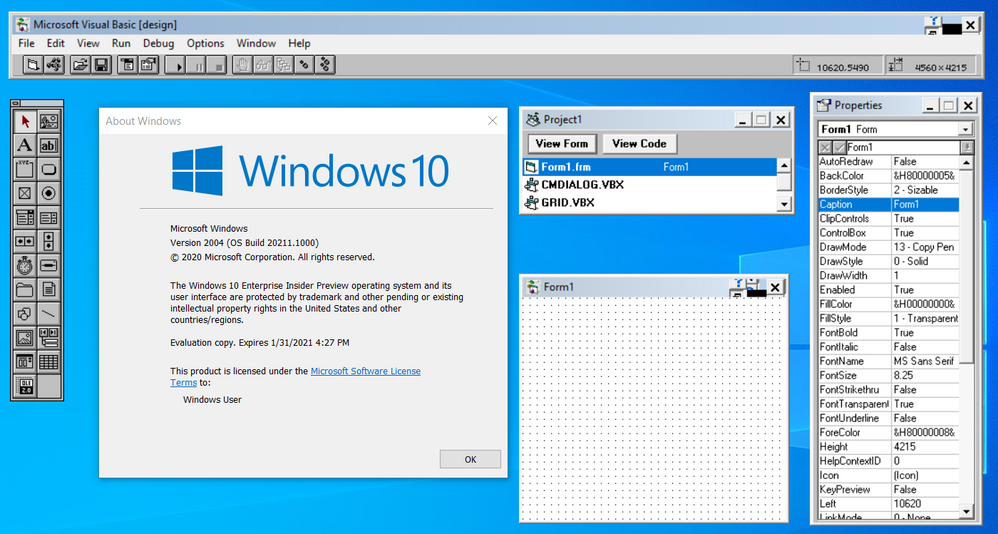 The colleagues of deskmodder.de now noticed a Techcommunity article, where an alternative way is described. Luis Henrique Demetrio from Brazil, a Windows Development Advocate in the Microsoft App Consult Team has described a proof of concept in the article Running 16-bit applications on Windows 10 64-bit. To do so, the open source 16-bit emulator otya128 – winevdm must be downloaded from GitHub, compiled and installed.

An artifact in the form of a ready-to-use ZIP archive file otvdm-master-1846.zip (expires in 5 months) can be downloaded from AppVeyor.

The framework can then be used with the emulator to install and run 16-bit programs like Visual Basic 3.0. The steps are described in the Techcommunity article. But the whole thing is a fiddle to get .exe programs to run. You have to call the applications from the emulator. But Demetrio describes an approach how to integrate the 16-bit emulator and the Visual Basic 3 16-bit applications into an MSIX package. Details about the whole approach can be found in the Techcommunity article.

This entry was posted in Software, Windows and tagged Tip, Windows 10. Bookmark the permalink.