I became aware of the incident via this tweet. As Asahi reports here, 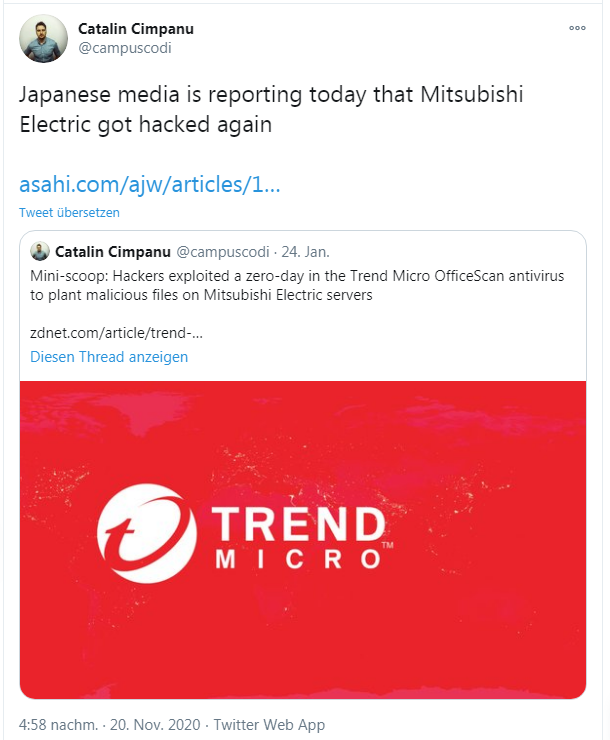 Mitsubishi Electric, is the manufacturer of defense equipment, infrastructure and electrical devices. As early as January 2020, it was announced that in 2019 there had been a security incident at the Japanese conglomerate Mitsubishi Electric in which data had been stolen. Later it became known that the alleged Chinese hackers had penetrated the IT system via a vulnerability in Trend Micro OfficeScan. During this security incident, which was kept secret for probably 6 months, highly confidential information was stolen from the defense sector, the railroad division and the power supply division.

After last year’s attack, Mitsubishi Electric tightened access restrictions to its computer network and set up a new department reporting directly to the company president to implement new cyber security measures. Asahi reports here that an improved cyber security system should have been installed.

Since the latest attack was again targeted at a company that plays an important role in supporting Japan’s national security and infrastructure, Asahi suspects that the cyber attack was probably carried out by a group with advanced hacking skills.