[German]VMware has just released updates to close a critical vulnerability in its ESXi virtualization platform. VMware Workstation and Player have also been upgraded for Windows 10 version 20H2. Here is a summary of the two topics.

A critical vulnerability in the ESXi virtualization platform was found a few weeks ago at Tianfu Cup, which VMware has now fixed with an update. The following Tweet addresses this issue. 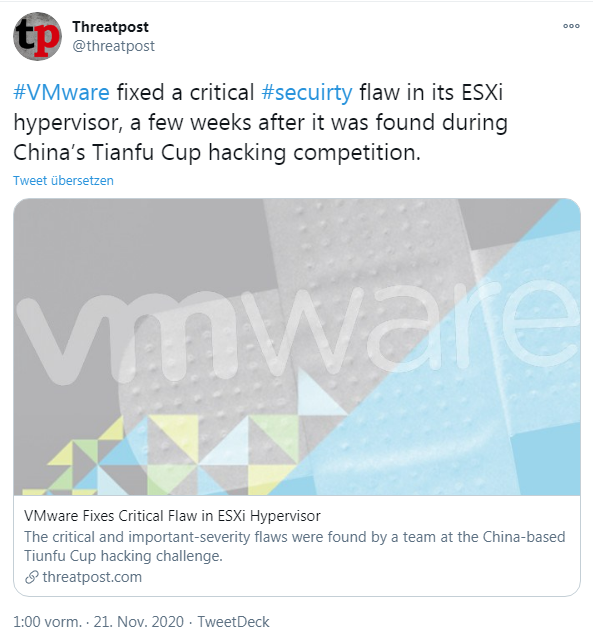 VMware has also updated Workstation 16.1.0 Pro and VMware Player to version 16.1.0. This new version supports Windows 10 version 20H2 as both host and guest. Details about this update can be found in the VMware Release Notes.