New Emotet Campaign during the Holidays 2020

[German]Brief security information to the readership. After being somewhat quiet over the past few weeks, a new malware/ransomware campaign from the Emotet group seems to be ramping up for the holidays.

Emotet is a malware family that is spread via emails and is usually contained in Word documents with malicious macros. When these documents are opened, their content tries to trick the user into activating macros so that Emotet malware is downloaded and installed on the computer. The malware can deliver different malicious functions, most often infecting with ransomware to encrypt the data along with ransom demand. Known contacts of the recipient often act as the senders of these mails, as Emotet uses the contact lists on infected systems to send mails.

New campaign for the holidays

Security researchers have currently noticed a sharp increase in attempts to spread the Emotet Trojan. Currently, more than 100,000 messages with Emotet in English, German, Spanish, Italian and other languages are detected. 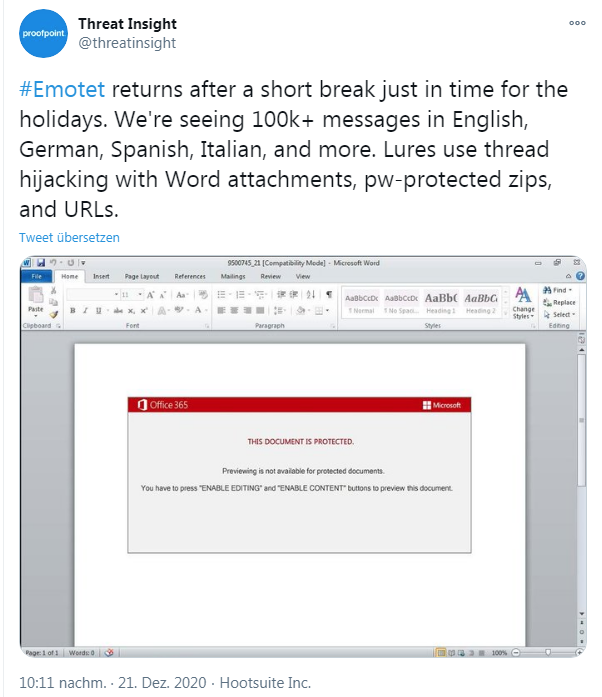 The cyber criminals use infected Word attachments, pw-protected zips and URLs, as a bait to deliver the Trojan and lure victims into the trap.