[German]Has anyone had this happen before? When trying to install Microsoft Office 365, the Edge browser opens with the login page and then SmartScreen shows it as unsafe?

I received the case via email the day before yesterday from blog reader Sandro Silvestre in Brazil. The whole thing is very mysterious, so I’m posting it here on the blog. Sandro wrote:

This is just a report for something quite weird. No need for your support.

I own a licence of Microsoft (Office) 365 Personal and I was about to install it on another computer. When I clicked on <Install>, Edge opened up and reported this:

This is strange. During Microsoft Office 365 Personal installation on a 2nd machine, the login page for Office 365 from Microsoft shall occur. But he received a fat warning, after clicking the Install button in the im Setup dialog. The warning was shown in Edge browser aus shown below. 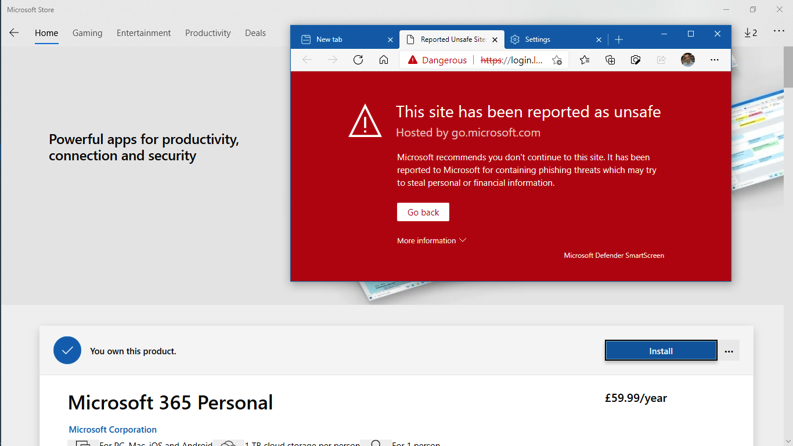 The message, issued by the SmartScreen filter, in Edge says that the Office 365 sign-in page has been reported as ‘insecure’. Access is denied. The screenshot below shows the extended representation of the warning. 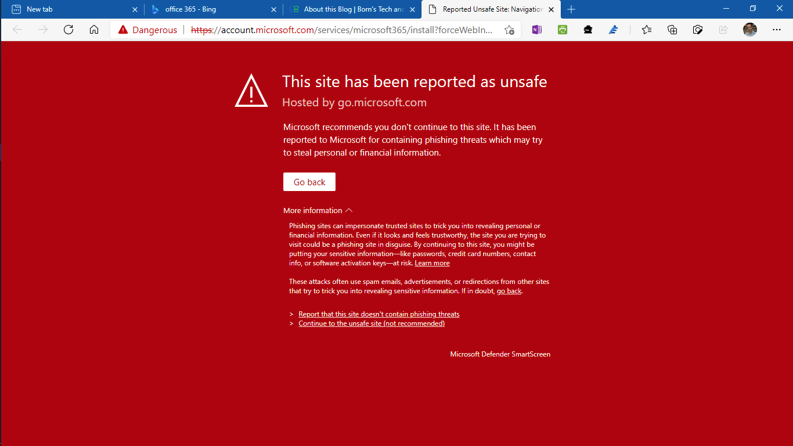 In the screenshot you can see that it is a Microsoft login page that is blocked. Sandro sent me the URL of the page – it does not trigger a warning for me. Sandro’s Edge is version 88.0.705.50 (64-bit version), which is the same as the Edge I can use for testing here.

This entry was posted in Security and tagged Edge, Office 365, Security. Bookmark the permalink.