[German]Since yesterday, May 20, 2021, users of the Chrome browser on Windows 10 have been suffering from sudden crashes worldwide. The funny thing is that Google released Chrome 90.0.4430.212 back on May 10. Until yesterday, there were no major reported issues with this version of the browser. But now something has happened to the browser, causing crashes to pile up. Update: Google has released a fix.

I just became aware of this issue via the following tweet from the colleagues at Bleeping Computer, which they described in more detail here. 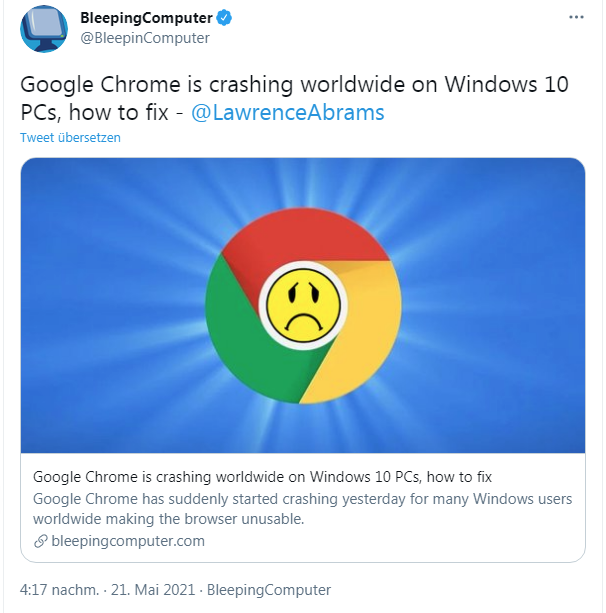 The crashes affect Chrome 90 and happen randomly as Windows Latest describes here for the first time. On reddit.com there is this threadthis thread about it. Windows Latest and Bleeping Computer describe some actions to fix these crashes – everything from repairing them to deleting the user data folder or reinstalling the browser is included. Are any of you affected by these crashes? I expect Google to release a new version soon that fixes this issue.

Google has released a Chrome update on May 22, 2021, which fixes the crashes. The colleagues from Bleeping Computer have published this article, which still provides a workaround for those affected.