[German]Mozilla's developers have released the version 89.0.0 with the new Proton user interface and the and 78.11.0 ESR of the Firefox browser on June 1, 2021. It is a new development branch, which should eliminate vulnerabilities, but also fix bugs.

In development branch 89, the Mozilla developers have released the fundamentally revised Proton user interface. The following figure shows the new browser. The release notes contain a summary of the new feature. 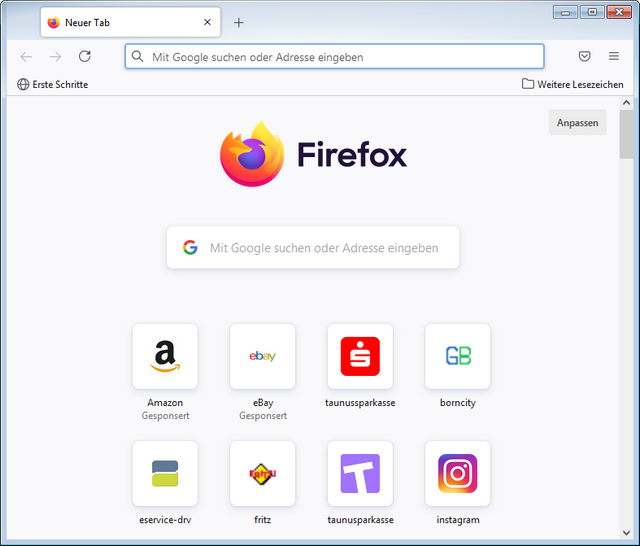 According to the release notes, version 89.0.0 brings some bug fixes and security fixes. Here's a rough overview of what's new:

There are also various stability and security fixes.

An update of Firefox 78.11.0 esr with one year of long-term support with the same fixed vulnerabilities has also been provided. The new Firefox and the ESR variant can be downloaded from this web page (the variant is to be selected via the displayed list boxes).