[German]Microsoft has quite annoyed some users with the release of Edge 91 because of the appearing start page bug and the displayed popups about the browser settings. However, the days users reported that the bugs were suddenly fixed as if by magic, although no updates were installed. I had guessed on a server-side fix – but in the meantime I have information how Microsoft could realize the fix without updates.

Locking back a week …

On May 28, 2021, Microsoft released the Edge browser in version 91.0.864.37 (see Edge 91.0.864.37). With this version, Microsoft drew level with the Chrome development branch 91 and immediately eliminated quite a few vulnerabilities. However, users quickly noticed that the new browser had fat bugs. For example, users could no longer set a home page to open as a tab when the browser was launched unless BING was set as the search engine. I had discussed the problem in detail in the blog post Edge 91.0.864.37: "Specific Page" won't load at startup. 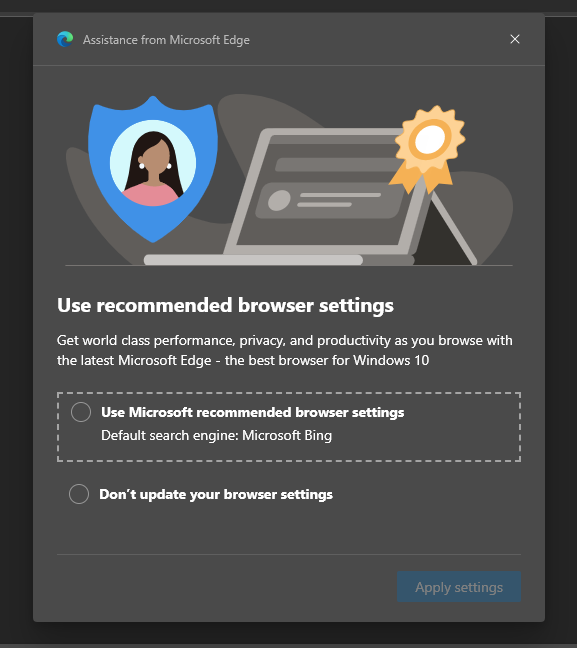 To top it, Microsoft's marketing probably once again pushed a campaign that was supposed to promote the browser. Users repeatedly received the above pop-up window with the request to set Edge and Bing as default. Led to many Edge users being quite pissed off. I had also addressed this early on in the blog post Windows 10: Edge browser bugs and annoying popups.

As of May 31, 2021, feedback from my users was piling up, that the bugs had miraculously fixed themselves. Since no update was installed in the process, I suspected a server-side fix – some JavaScript controlling the browser. In the meantime I found something like a confirmation at Bleeping Computer. 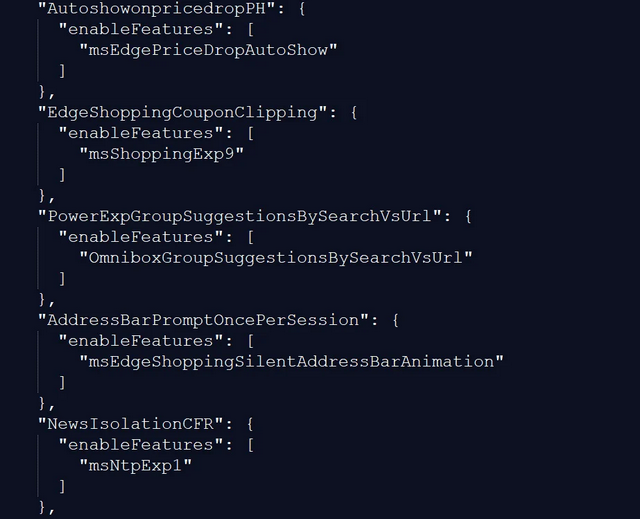 The browser loads a configuration file from Microsoft's servers at startup that contains various policies that control what features are enabled, what experiments users participate in, and for other settings (see above image). Microsoft has now made (undocumented) changes to this file, after which the bugs are fixed.

This entry was posted in browser, issue and tagged Edge, issues. Bookmark the permalink.