Geforce GPU: Problems with the output to LG OLED TV of the CX series

[German]A blog reader, who wishes to remain unnamed, has contacted me about problems with graphics output with Nvidia Geforce GPUs to an LG OLED TV of the CX series. He is looking for people who have problems with this constellation.

The LG OLED TV models of the CX series are also available in Germany. I have copied an advertisement of the manufacturer LG with some statements about such a device. The manufacturer advertises Nvidia G-Sync and HDMI 2.1 for this device. 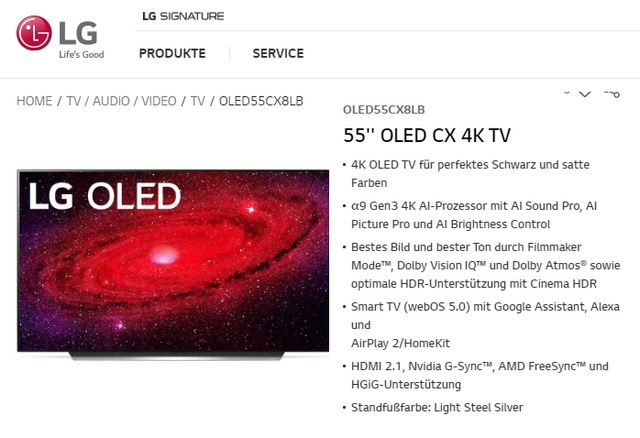 Nvidia G-Sync is a proprietary adaptive synchronization technology for screens, which is developed by Nvidia. It is supposed to avoid so-called screen tearing. In contrast to V-Sync, the synchronization is handled on the hardware side via the components installed in the screen and the graphics processor in the PC.

With G-Sync, the monitor's refresh rate is adapted to that of the output device, which is also supposed to provide less jerking of the picture as well as a slightly higher response time. A graphics processor from Nvidia is inevitably required for use. The competing product from AMD is called FreeSync and is also supported by Nvidia GPUs starting with the GeForce 10 series and driver versions from 417.71.

But that doesn't work

The experiences of a blog reader have to be summarized like this: It simply doesn't work. The blog reader wrote me in a private message on Twitter:

… I am looking for people who have an LG OLED TV of the CX series and run it with a Geforce GPU. Since April I have met with granite from LG and little help from Nvidia. It is advertised that the TV supports gesync, and it is also listed with Nvidia. However, it does not. I wonder if anyone can be found to confirm or refute this (screenshots of Nvidia control panel required).

According to the blog reader, models from 2019 are also supported in terms of G-Sync (see the link here and the article here). The reader's hardware is from 2021. The reader writes about this:

LG models are basically listed as gsync compatible. And there is a footnote for all devices. However, the Nvidia support did not refer to this.

The reader writes that he indeed has a GeForce of the GTX 10 series and that the connection of the TV would only work with Displayport. However, TVs don't have Displayport … The blog reader also notes that Nvidia does not write anything about the RTX 2000 series. 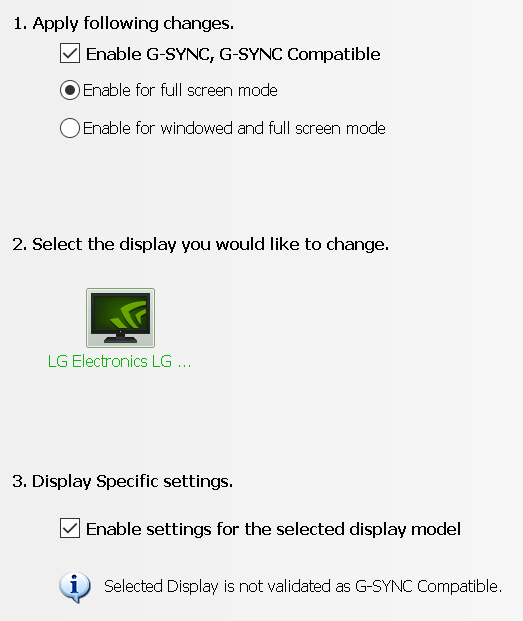 When I search the Internet, the topic has been popping up again and again for a year now. For example, there is this reddit.com thread where a user writes in Jan. 2021 that the nVidia driver 461.40 causes the LG CX to no longer be recognized as G-Sync compatible (see above screenshot). He suggests that those affected complain to nVidia. A developer from Nvidia has also posted in the thread asking for support from those affected – see the discussion in the linked reddit.com thread. Anyone from the readership who can contribute some additional experience?