[German]With the June 8, 2021 security updates for Windows 10, Microsoft also forcibly introduced the "News and Interesting Topics" feature. In the meantime, some users notice that the taskbar function is disturbed and icons in the tray area (status area) of the taskbar are missing. Is once again a bug with announcement, since the problem already occurred in the preview updates at the end of May 2021.

Microsoft started since April 2021 to introduce in Windows 10 (first in version 21H1, later in 20H2) the feature "News and interesting"via update. An icon in the notification area of the taskbar can be used to display the weather forecast and a feed with current headlines from news magazines. 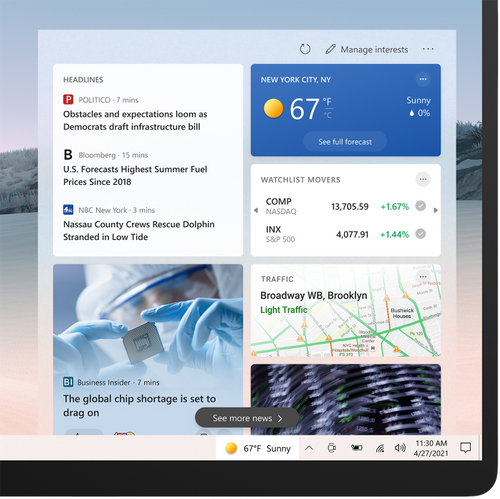 User messages about the problem

I'll take it up separately on the blog, as I received a few user messages about this bug. Besides a message on Facebook "and when the quality update KB5003637 comes, it knocks the systray away" another German reader wrote:

Since the June patch for 1909 (enterprise) the tray icon area is gone or disturbed on several devices on ours. Does anyone else have this problem..

The colleagues from Bleeping Computer have also mentioned this in this article. When I read the first reports, I immediately remembered the newly introduced feature. Because I had reported exactly this problem in the blog post Windows 10 21H1: StrangeTaskbar issues after update KB5003214. 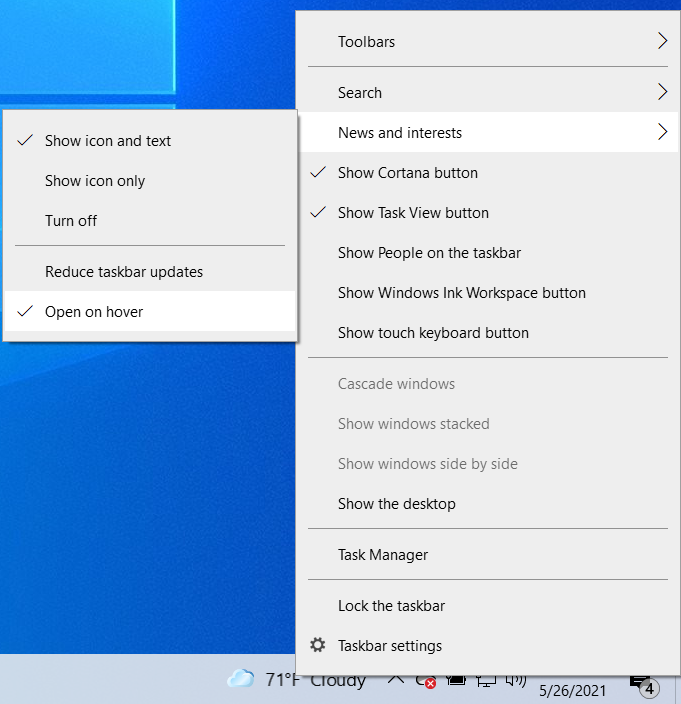 If the phenomenon occurs that icons in the tray area of the taskbar disappear and you have deactivated the "News and interests" feature: Activate the features and just turn off its display. I outlined how to do this in the post Disable and configure Windows 10 feature News and interests. In addition, there are group policies to disable the feature. You also may set the DPI scaling (Settings|System|Display|Scale and layout is other (larger?) back to 100% (see also).